Warning: Use of undefined constant PHD_CLIENT_IP - assumed 'PHD_CLIENT_IP' (this will throw an Error in a future version of PHP) in /home/justab8/public_html/wp-content/plugins/wp-mediatagger/mediatagger.php on line 2874
 Squash Cheesecake Brownie Bars | Just About Baked

If I had my way, everything would have brownie in it.  Brownies are just…yeah.  The best. 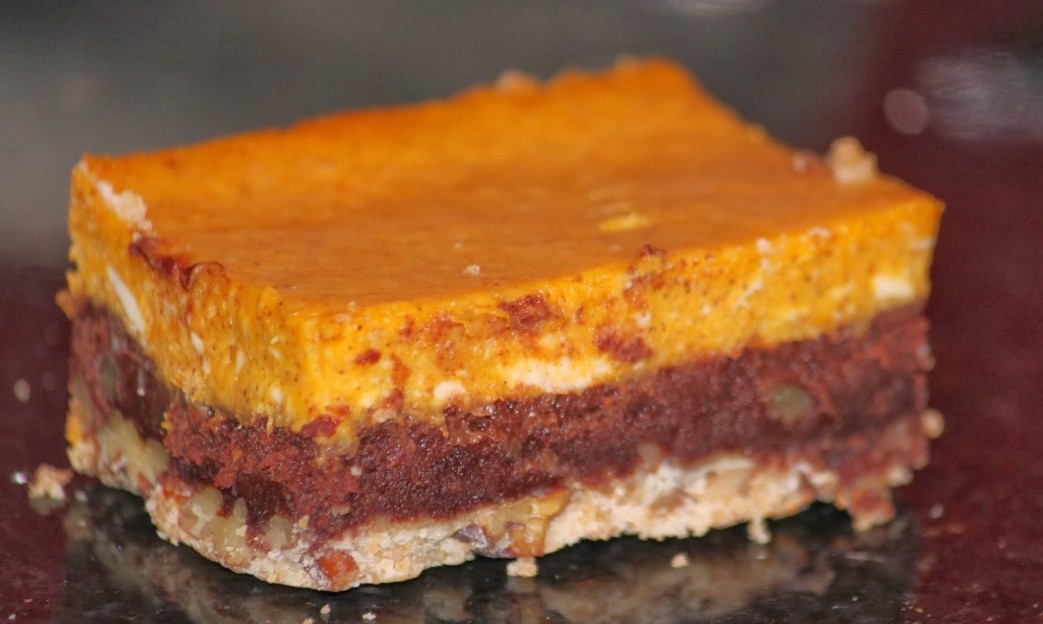 Okay, I admit it sounds a bit unorthodox at first.  Squash with chocolate?

But from the gods that brought us pumpkin and chocolate, this idea was born.  If I could enjoy pumpkin bread with chocolate chips (yes yes yes), then couldn’t I make squash kinda taste like pumpkin and then go crazy?

And then, if that worked, could we get some cheesecake in there?  Because the only thing better than a brownie is a cheesecake with brownies.  Ask Ben and Jerry if you don’t believe me.

It did manage to confuse people.  They kept thinking it was pumpkin.  But that’s because of all the cinnamon.  Do ya see it?  Top layer.  That and nutmeg make butternut much sexier.

I will warn you that these bars take a little bit of time to make.  A great bar, like life, has layers.  And layers mean there is a whole lot going on with prep and baking time.

But now that I know these work, it’s worth the effort. 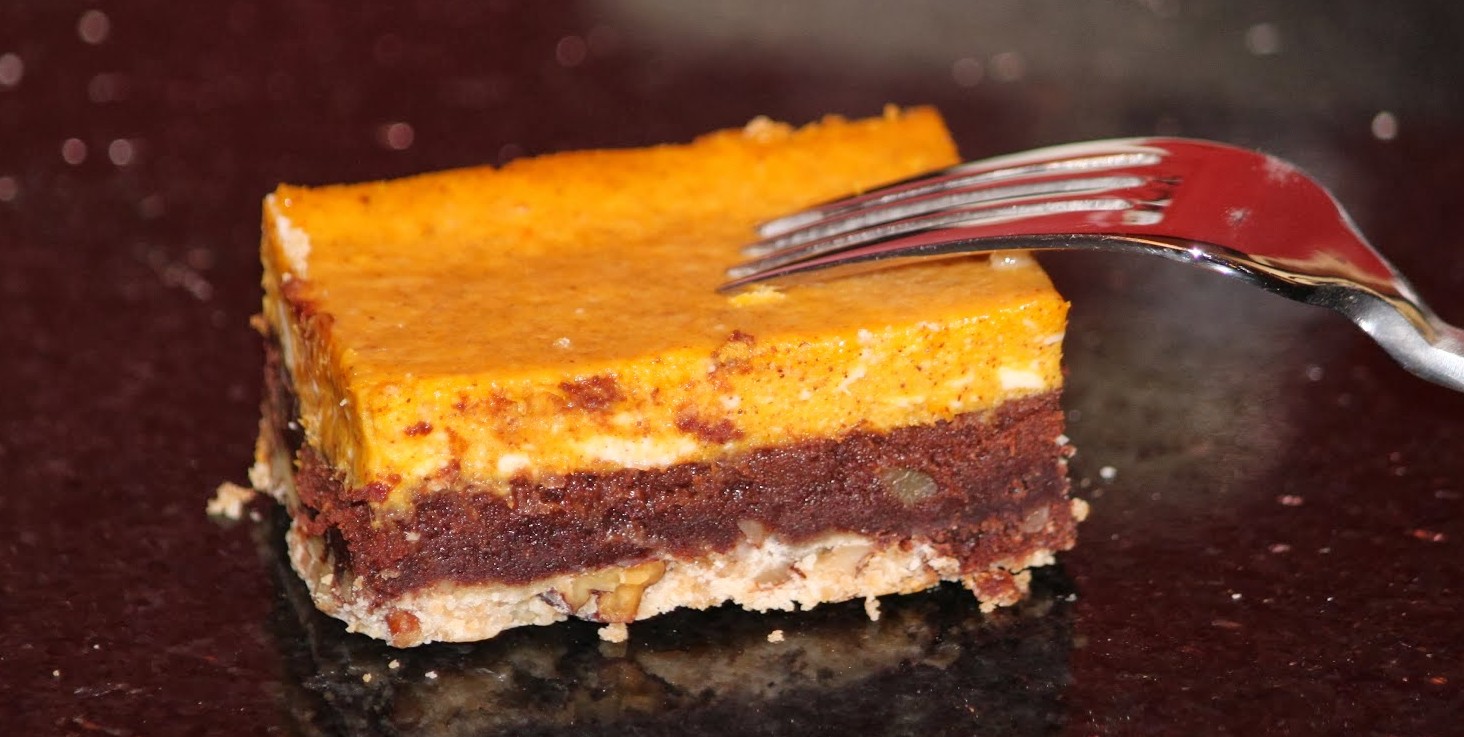 So here’s the recipe:

First, assemble the crust.  Combine brown sugar and flour in a bowl.  Using a pastry cutter or your hands, cut in the butter until the mixture is crumbly.  Stir in the pecans and press the mixture firmly into the bottom of the pan.  Bake for 15 minutes until lightly browned.

While the crust is baking, make the brownie layer.  Melt the butter in the microwave and then stir in the cocoa until it dissolves completely.  Add the sugar and stir until combined.  Then, add the eggs and vanilla, and stir again until the mixture is smooth.  Finally, add the salt and flour and mix again.

When the crust comes out, pour on the brownie batter and bake for about 20 minutes or until the brownies are set but not completely done.

Meanwhile, make the cheesecake layer.  In a mixer using the paddle attachment, beat the cream cheese and sugar until creamy.  Then add the squash, eggs, vanilla, cinnamon and nutmeg and beat again until all ingredients are thoroughly and evenly incorporated.

Once the brownies are out of the oven, pour the cheesecake batter over the brownie layer and put the bars back in the oven for 30-35 minutes until the edges of the cheesecake are golden brown and the top is set and firm.

Cool to room temperature and then refrigerate for four hours or overnight.

Before cutting,  combine the caramel topping with sea salt to taste.  Drizzle salted caramel over the bars. Cut into small squares and enjoy! 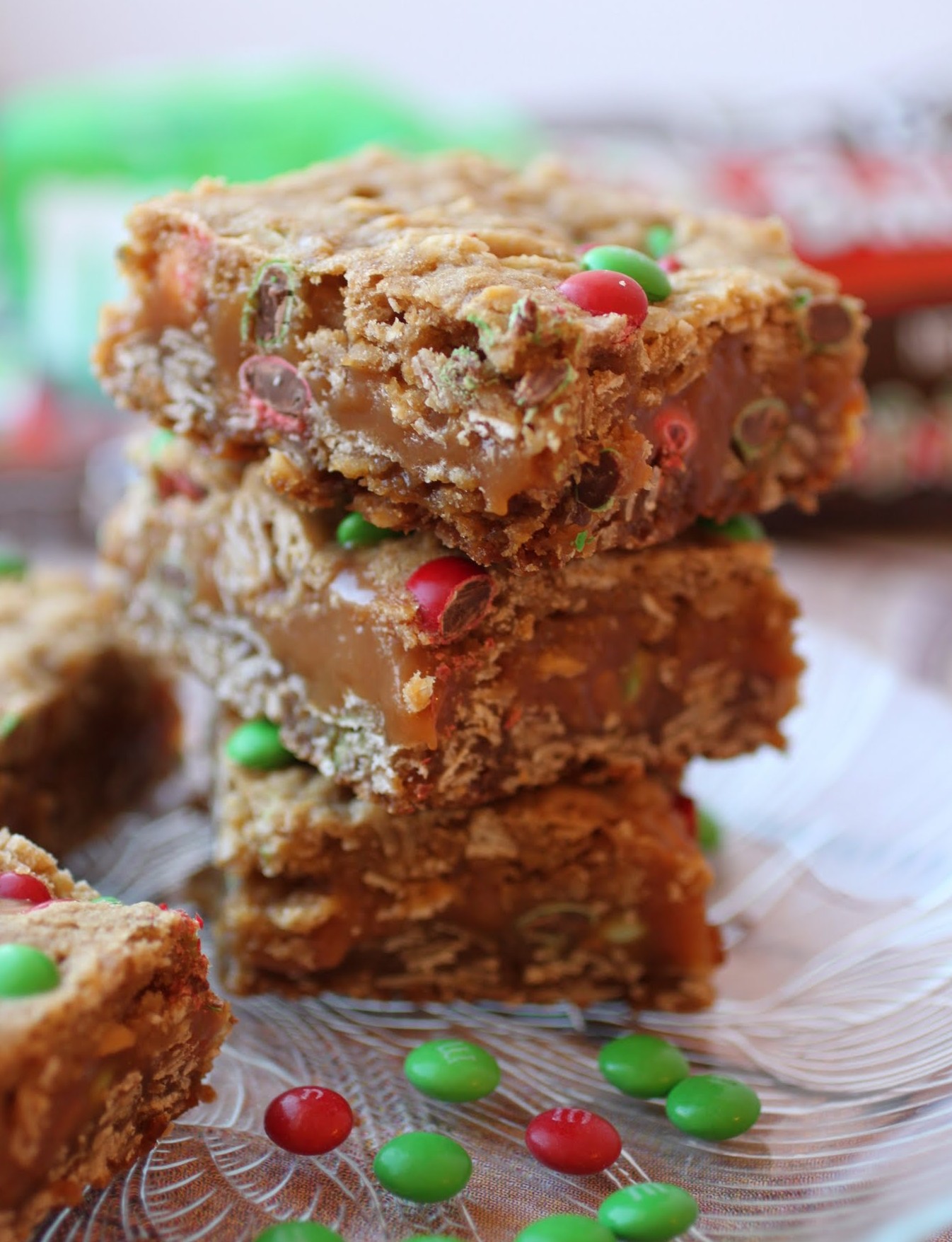 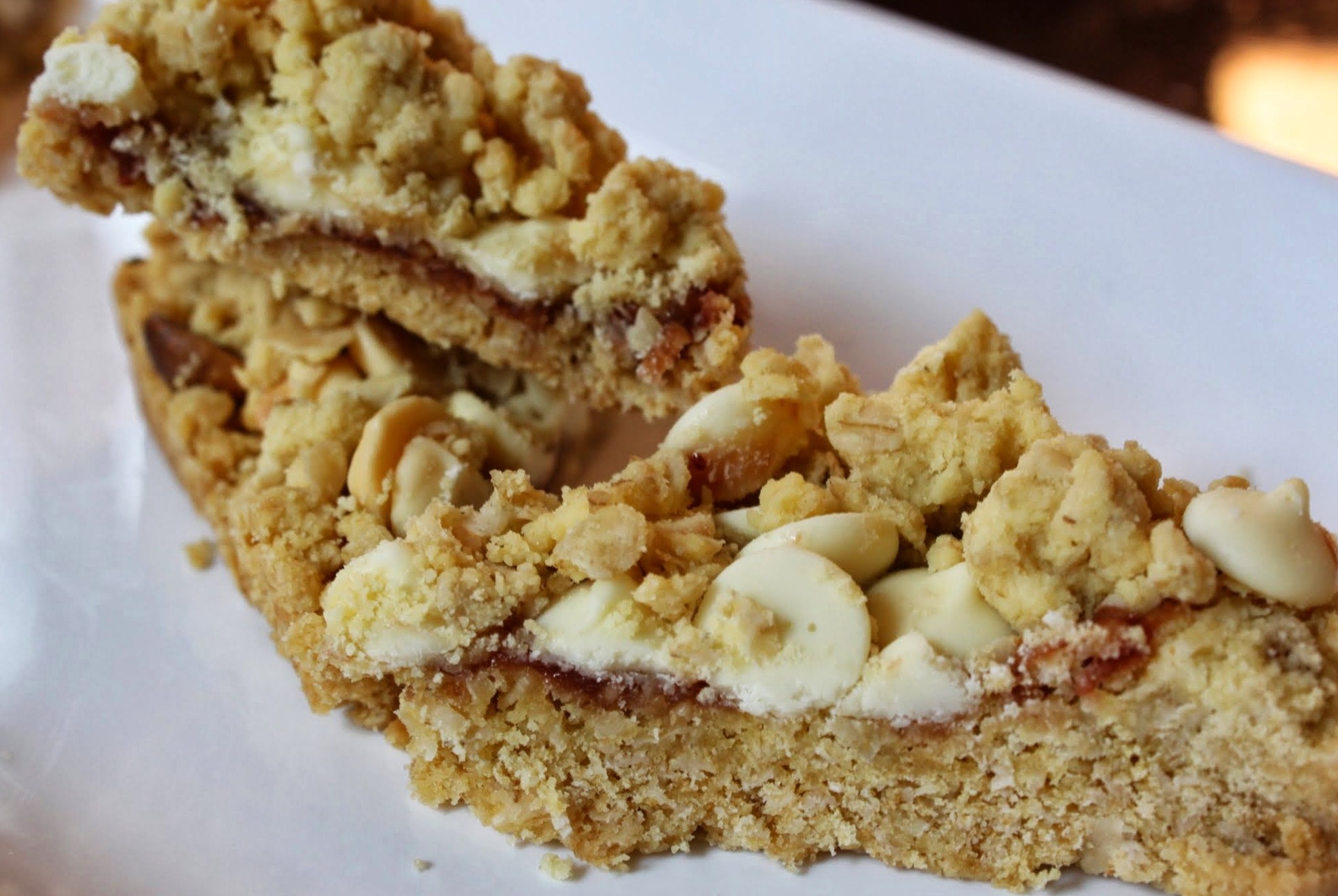 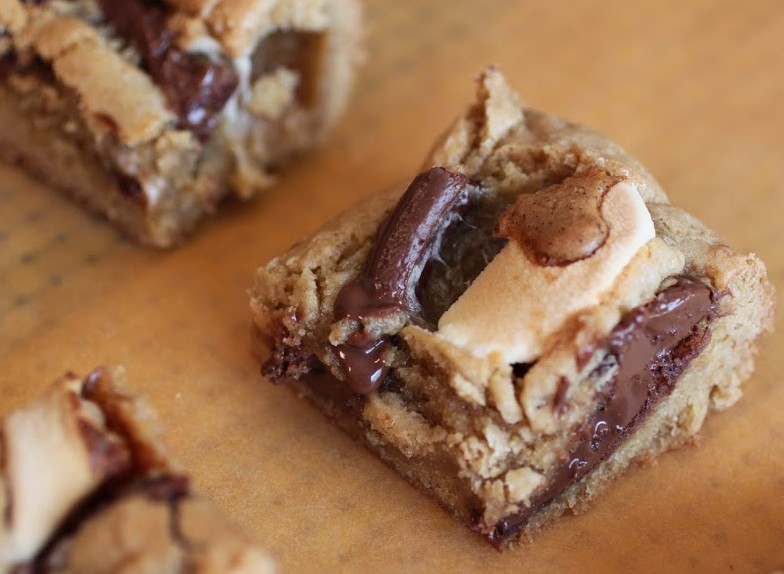