Warning: Use of undefined constant PHD_CLIENT_IP - assumed 'PHD_CLIENT_IP' (this will throw an Error in a future version of PHP) in /home/justab8/public_html/wp-content/plugins/wp-mediatagger/mediatagger.php on line 2874
 Chocolate Pake | Just About Baked 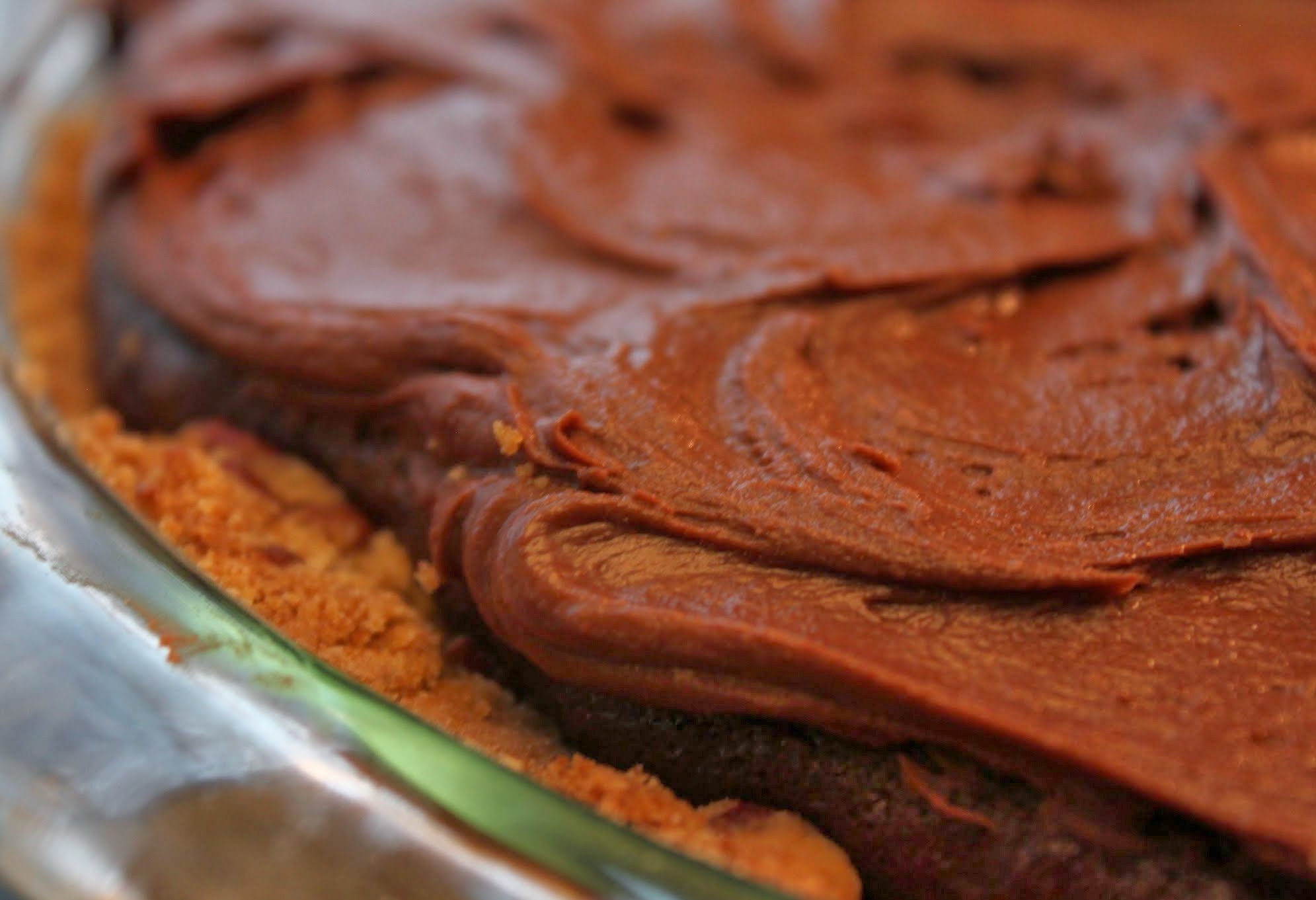 Any Drop Dead Diva fans out there? Please? Pretty please?

Because if you’ve seen the show, you know what a pake is. No, that’s not a typo. I’m talking serious pake, kids. As in, a pie-cake hybrid. That’s right! In an episode of the show, a character accidentally invents the pake when two pages of a cookbook get stuck together without her realizing it. The result is rather marvelous. I mean, it’s a cake inside a pie crust. What could be better?

As soon as I realized that pake could exist, I wanted to make one. Having made many pookies in my life (yep, a pie with a big cookie filling), I knew that pake would be just as fabulous. So I set about trying to decide on my first pake flavor, and in the end, I figured simplest was best for a first try. So here it is: my chocolate pake! It’s a pecan cookie crust with a basic chocolate cake batter and a silky buttercream on top, gently swirled. I didn’t want to pile the icing up too high because there is so very much going on already. 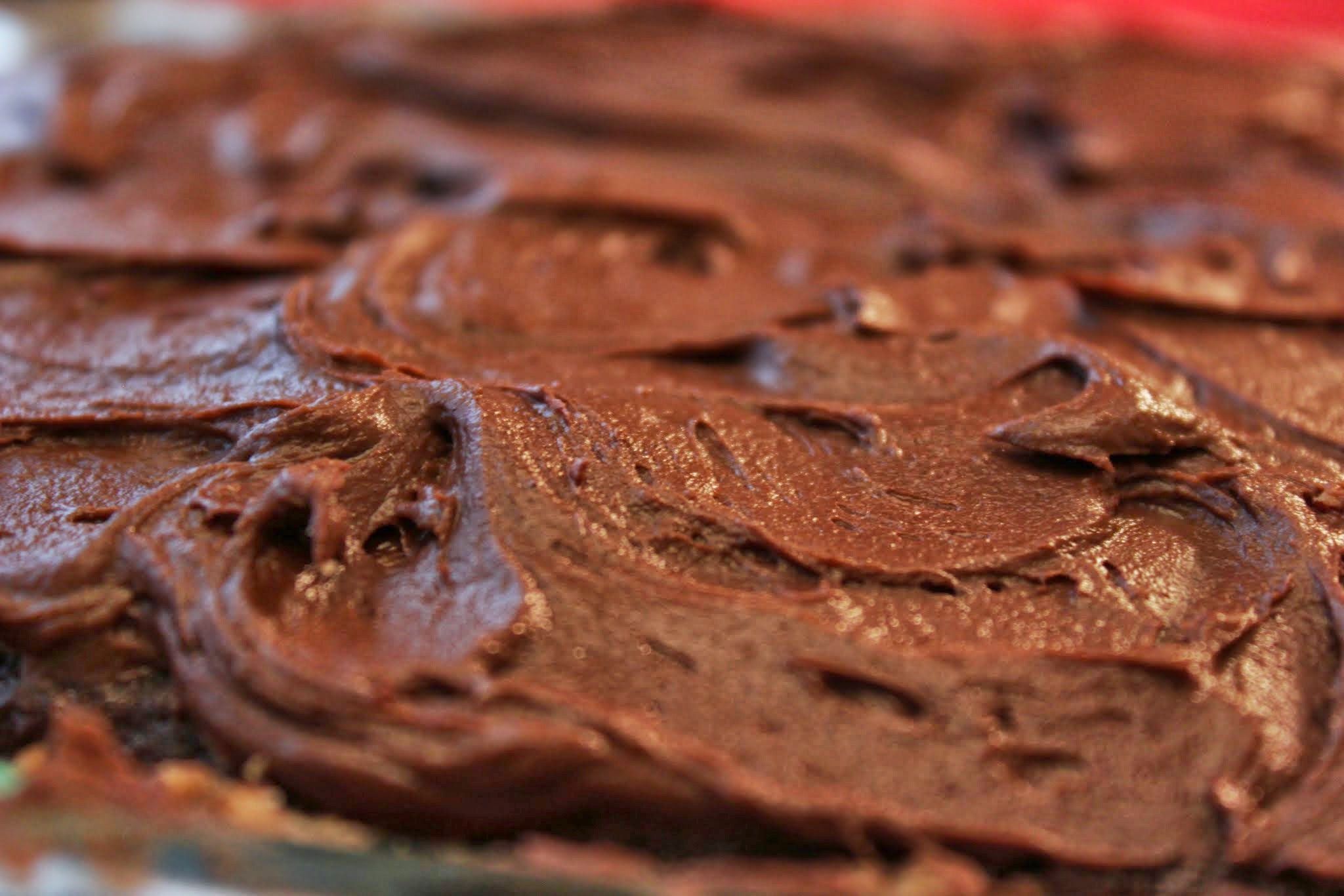 In fact, in an uncharacteristic move, I did not put any chocolate chips in the cake batter. I just wanted to have a crunchy crust with a moist, classic chocolate cake, the kind I used to have when I was a kid. You know, the kind of cake that people usually just put powdered sugar on? It’s the best!

But hey, who can resist a good chocolate frosting? Not me! And this is one of my favorite frostings. It’s simple and very fudgy, but it doesn’t taste too buttery. It has a good balance of elements. 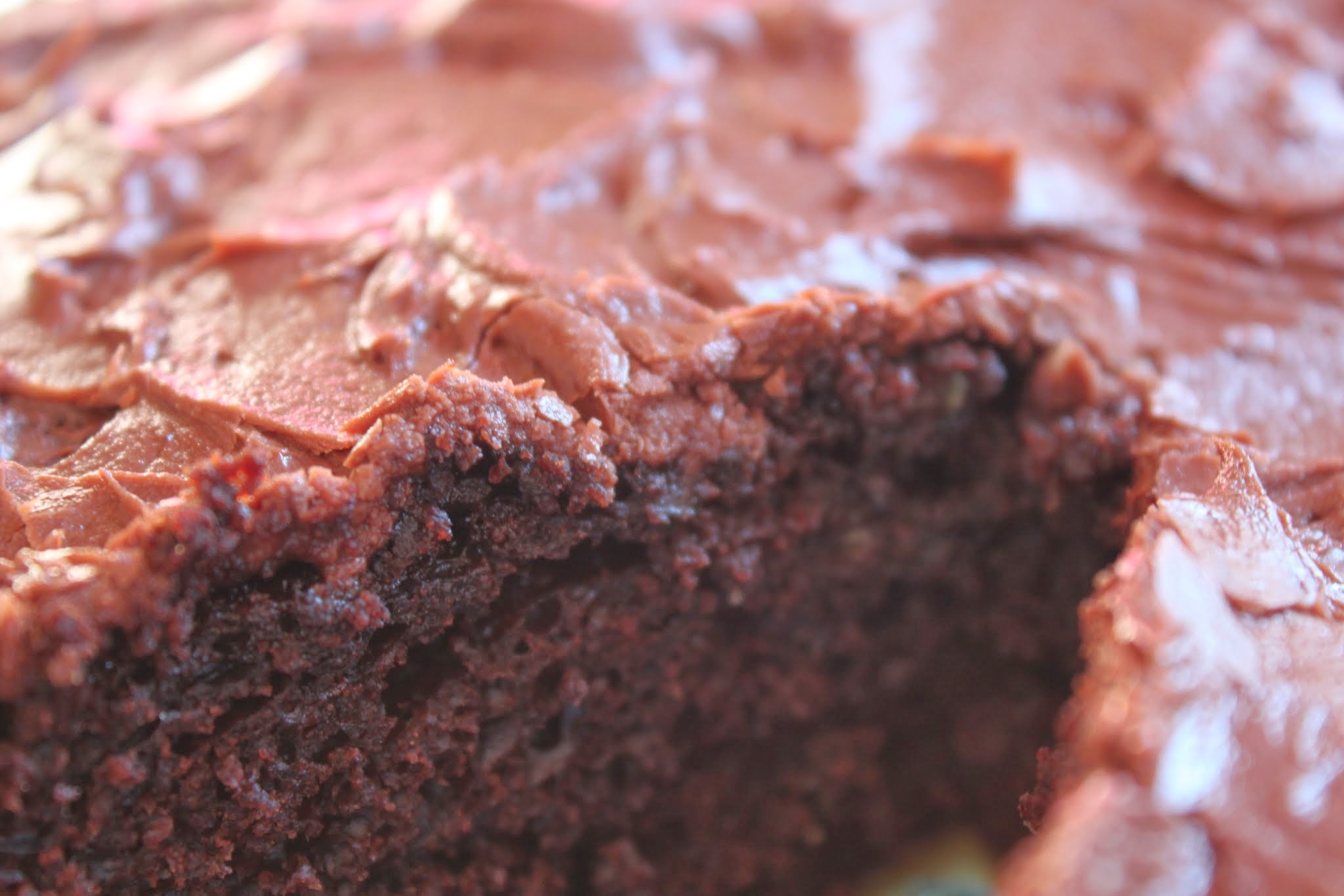 This pake wouldn’t be nearly as much fun with an ordinary pie crust, not to insult more traditional crusts. I mean, they have their wonderful place in life and all, but this pecan crust has a little more character and balances out the simplicity of the chocolate. If you have a nut allergy, just leave out the pecans! 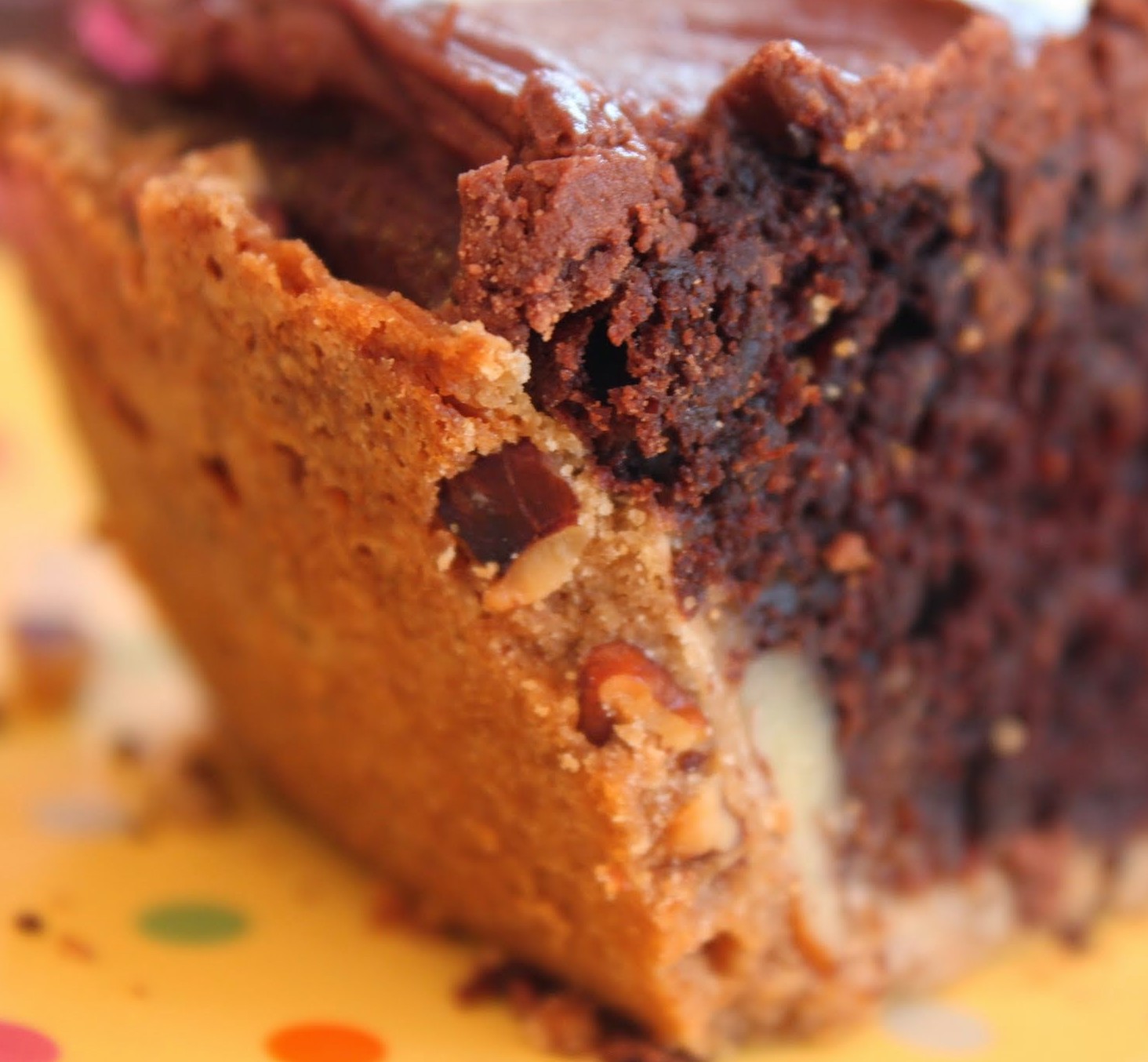 I love those yellow plates. I use them all the time. Has anyone noticed? Anyway, it’s not enough to have cake by itself anymore! We have to up the ante. Cake needs crust! 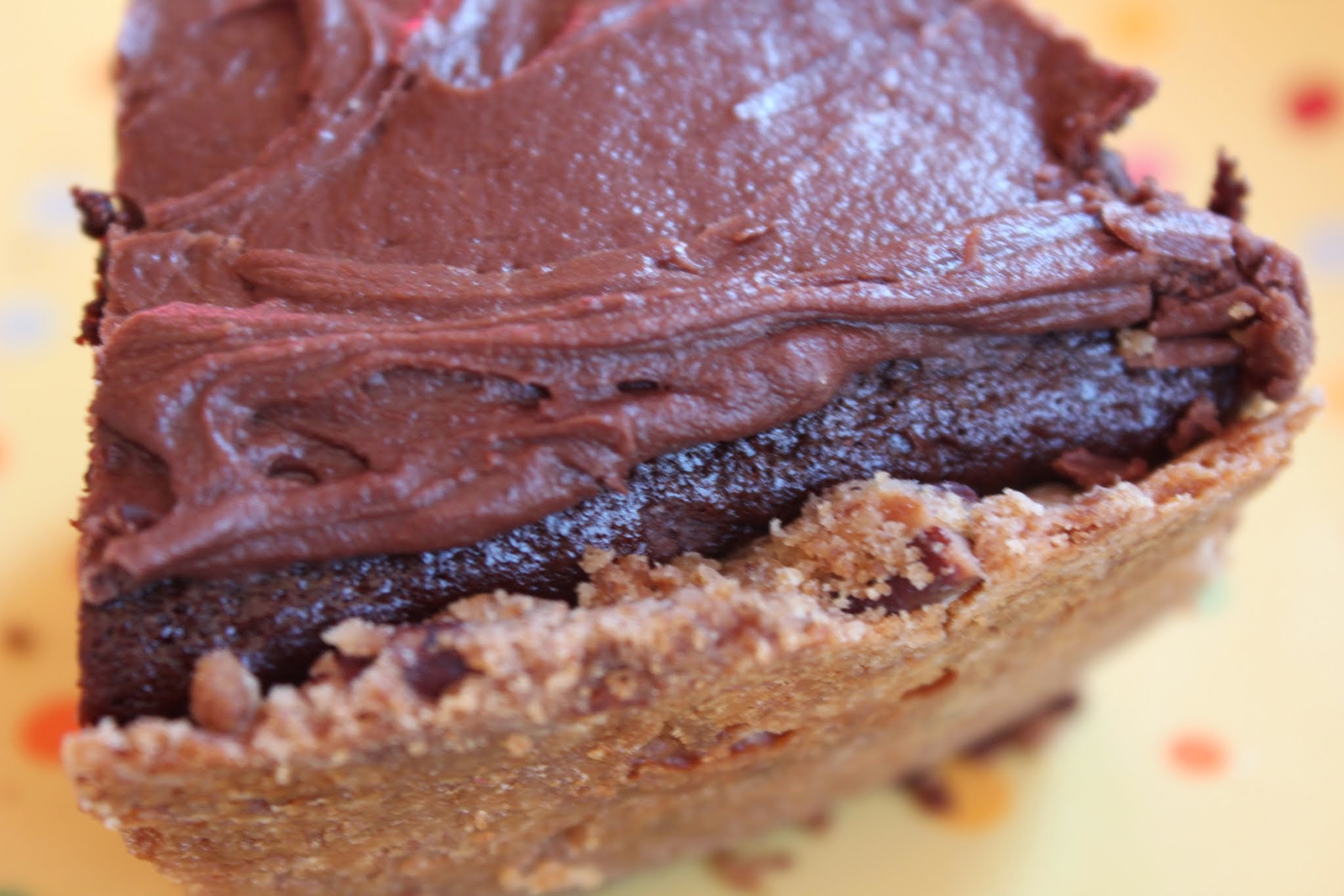 I’m not gonna lie. This pake does take some time to assemble, and some of the recipe amounts are weird because I only wanted the recipe to wield one pake. But it’s worth it! So here it is, the marvelous pake. Eat while watching Drop Dead Diva. They just loaded Season 5 onto Netflix, so what better time to pake away?

Preheat the oven to 350. Grease a pie plate with cooking spray.

In a large bowl, mix flour and the brown sugar until combined. Cut in the butter and, using a pastry blender or your fingers, mix until crumbly. Stir in the pecans and press the mixture into the pie plate. Bake for 10 minutes to set.

In the meantime, make the cake batter. Combine the sugar, flour, cocoa, baking soda, baking powder and salt in a large bowl. Blend thoroughly. Add the milk, vanilla, and eggs. Beat until smooth, either by hand or with a mixer. Fold in the boiling water carefully.

Pour the cake batter into the prepared pie crust, and bake for 25-30 minutes until a toothpick put into the middle comes out clean. Allow to cool.

Make the frosting. In a smaller bowl, mix the cocoa and powdered sugar together until combined. Using a stand mixer, beat the butter until creamy. Gradually add the cocoa mixture, beating until fluffy. Add the boiling water gradually and beat each time until the frosting can be spread. Finally, add the vanilla.

When the pake has cooled, frost with swirly motions! Eat while watching Drop Dead Diva. 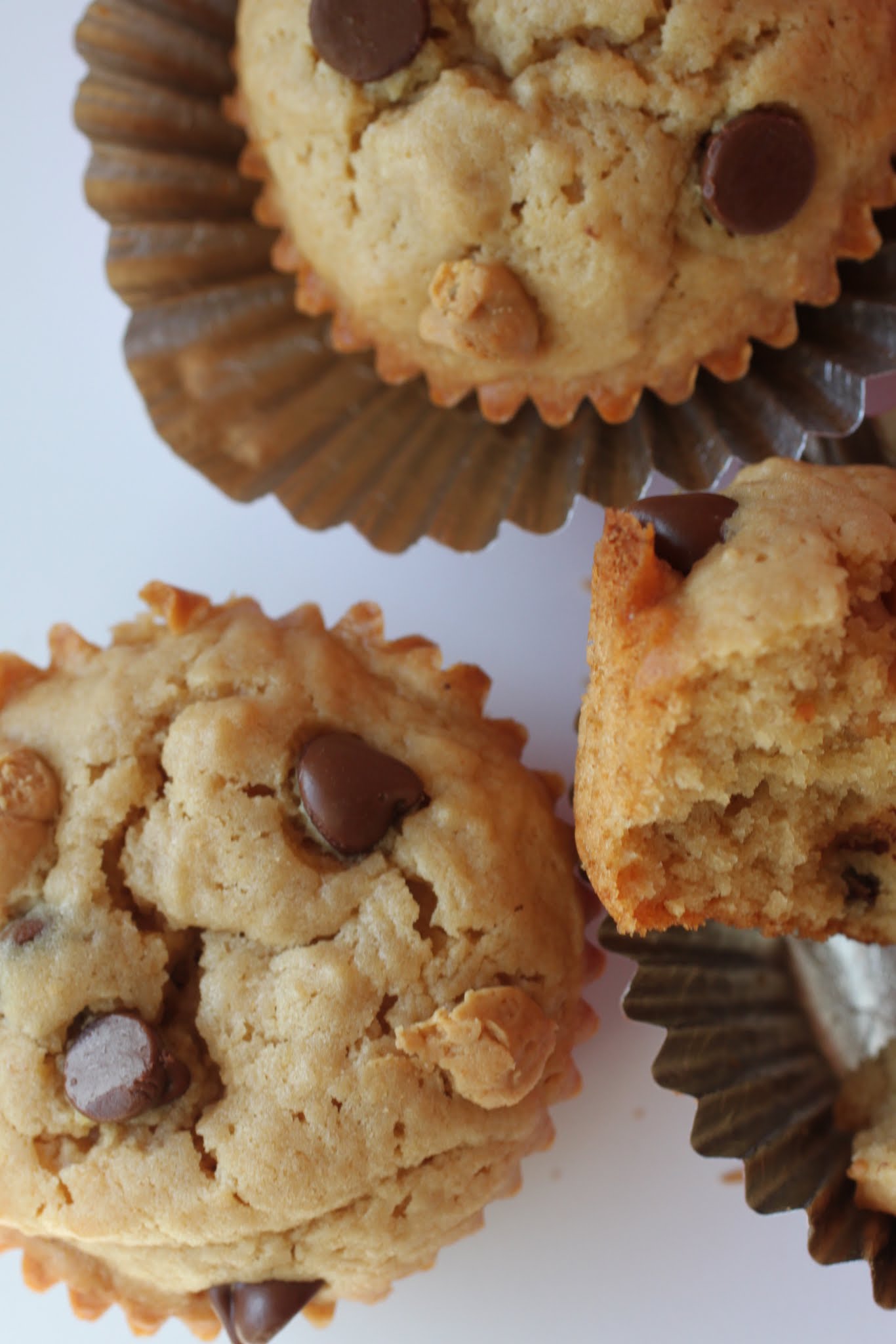 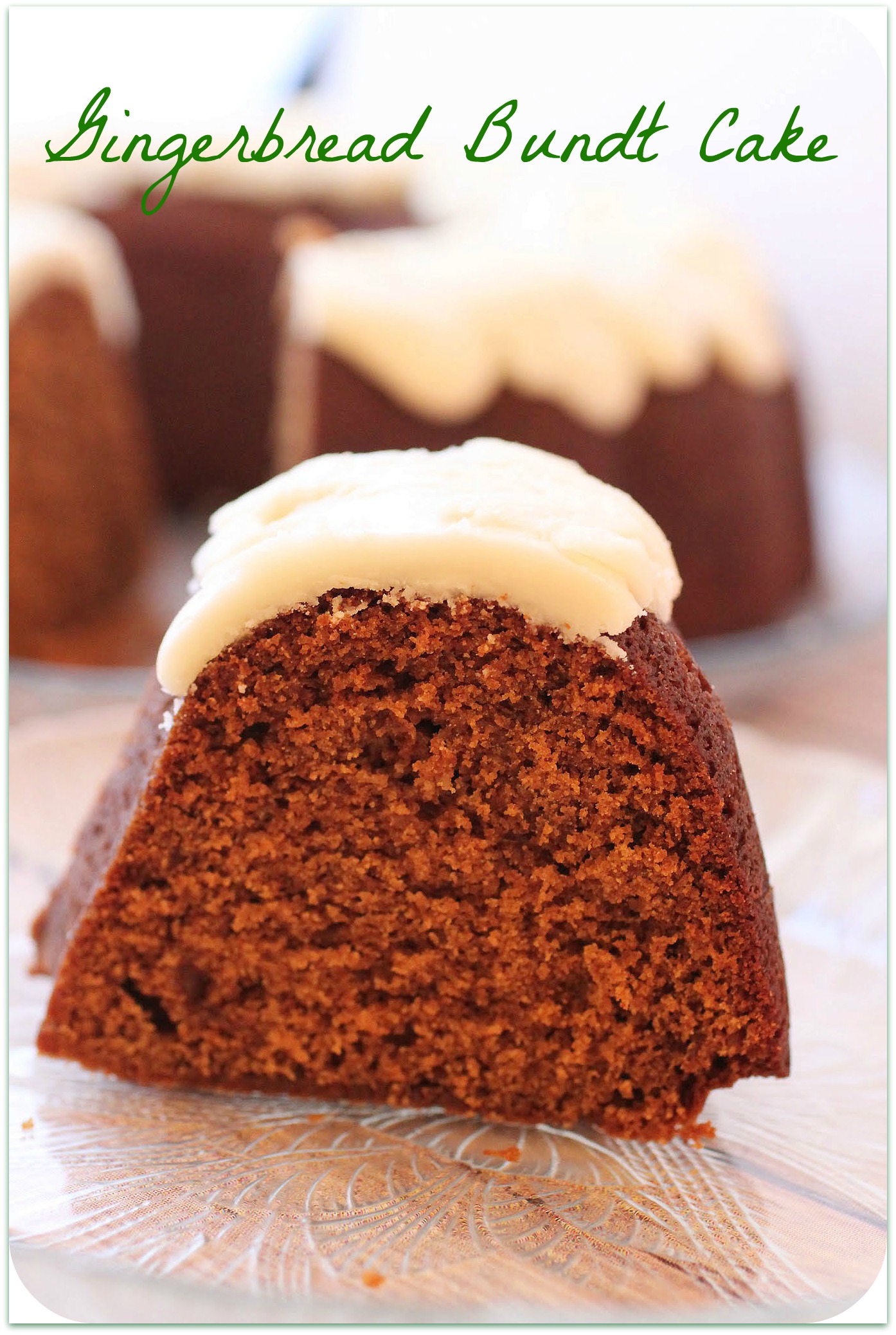 I’m going to give you a bonus recipe today in honor of the upcoming holiday, since I’m taking Friday off. But stay tuned for another recipe AND a video tomorrow!

This gingerbread bundt cake is a winter spice wonder. It’s moist, soft, and oh so perfect for Christmas. And since I don’t do Christmas, I’ll just eat it all anyway.

As a perk, this cake is finished off with brown butter icing. It’s pretty much the best cake ever. No bias here, of course! 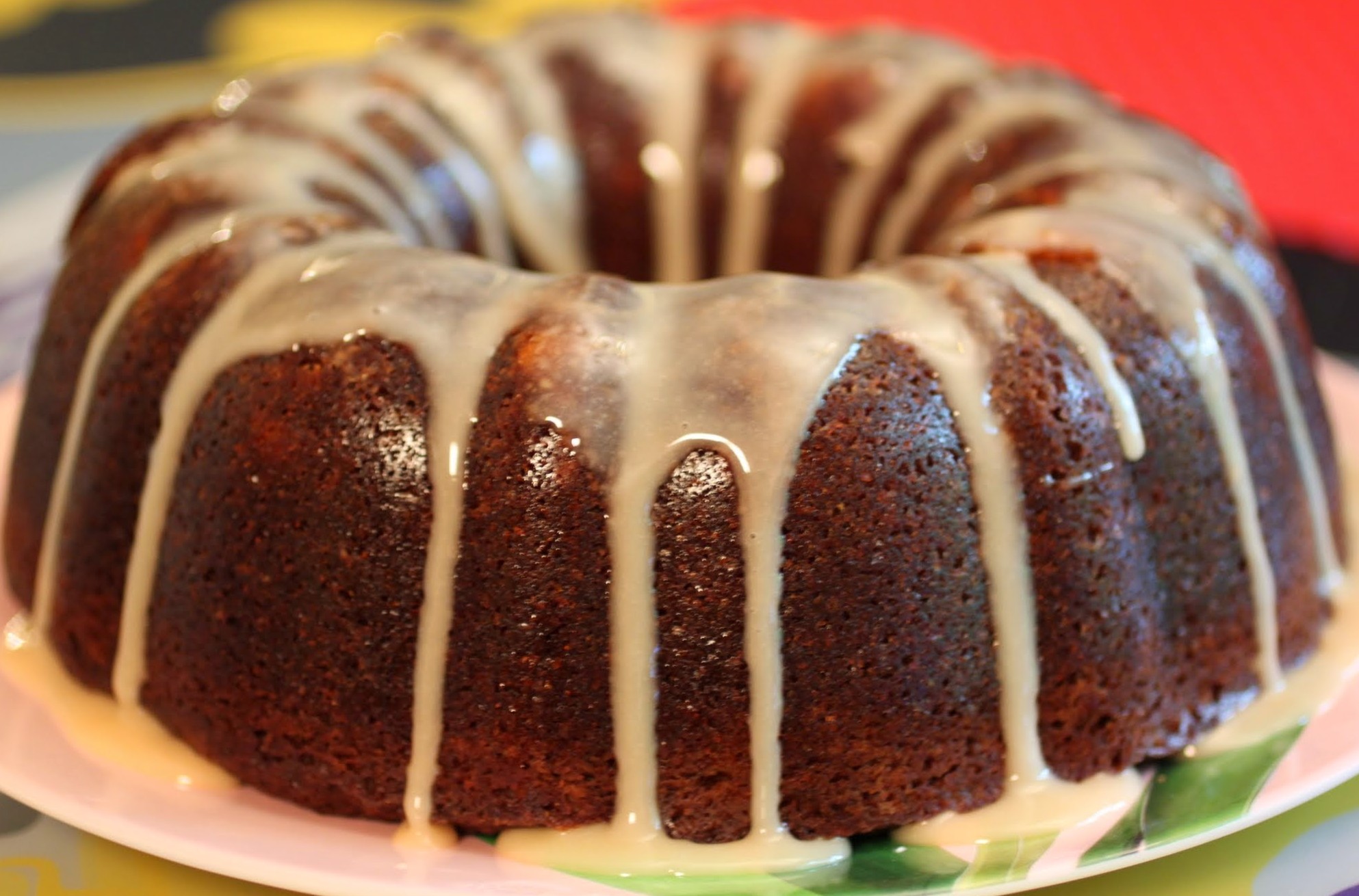