Warning: Use of undefined constant PHD_CLIENT_IP - assumed 'PHD_CLIENT_IP' (this will throw an Error in a future version of PHP) in /home/justab8/public_html/wp-content/plugins/wp-mediatagger/mediatagger.php on line 2874
 College Dorm Brownies | Just About Baked

I’ll get into why in a minute, but I was pretty much hooked from the start. What could be more amazing than dreaming of a dessert and then creating it? Sure, back then I needed recipes (I was very reliant on them),  but it was still a lot of fun to cook in my crappy dorm kitchen. 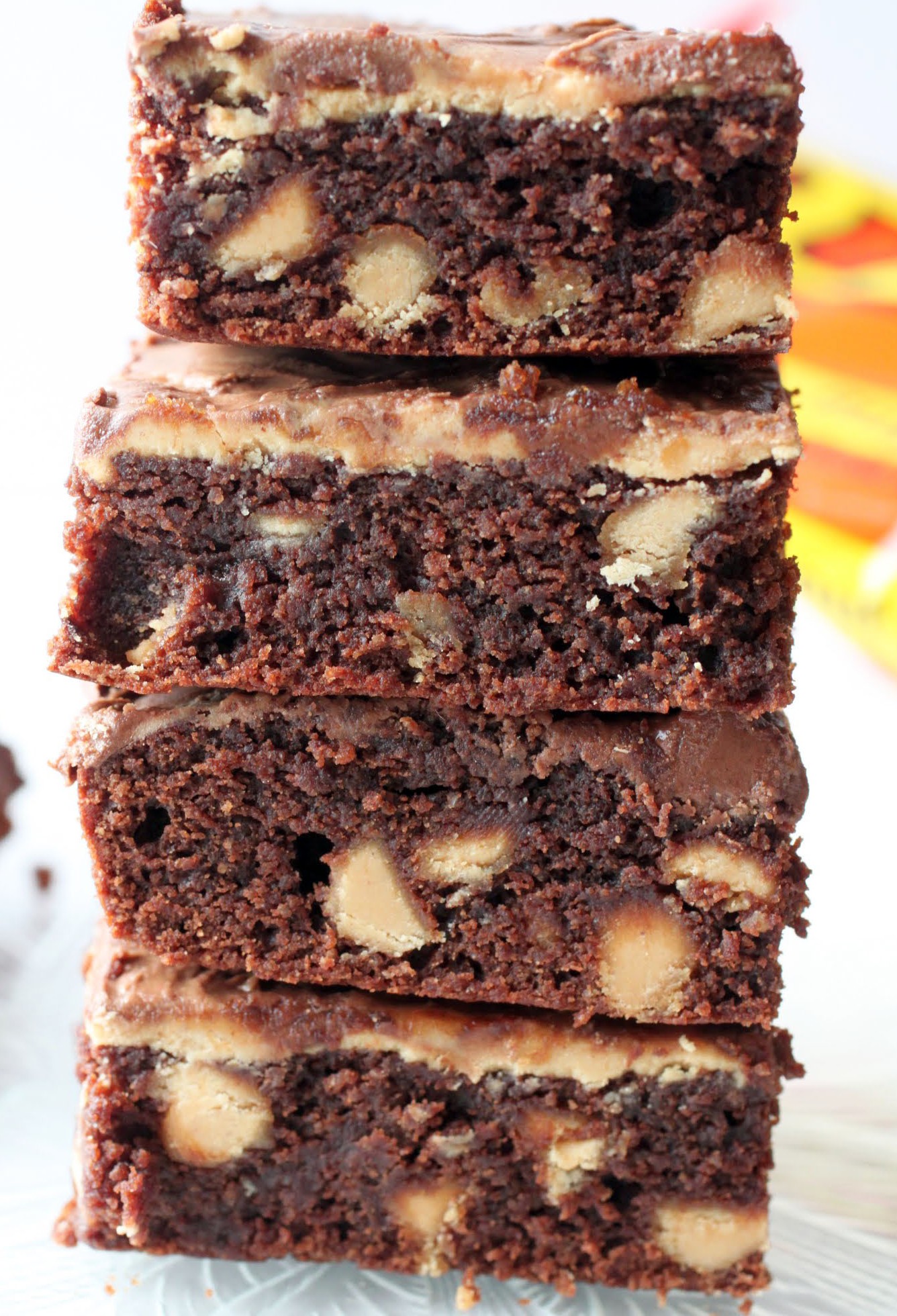 When I was in college, I had a boyfriend who was sort of local to the area. He’d invite me to his mom’s house on weekends, and I always wanted to bring a hostess gift of some kind. The problem? I didn’t have much money, and whatever money I did have I would spend on veggie burgers to make it through the week.

That’s when I started learning how to bake. I went to the college bookstore and bought a Pillsbury baking book (still one of my favorites) in the reduced-price bin. If I couldn’t bring expensive chocolates or bottles of wine (um, wasn’t 21 yet) as a present, I could at least bring baked goods. 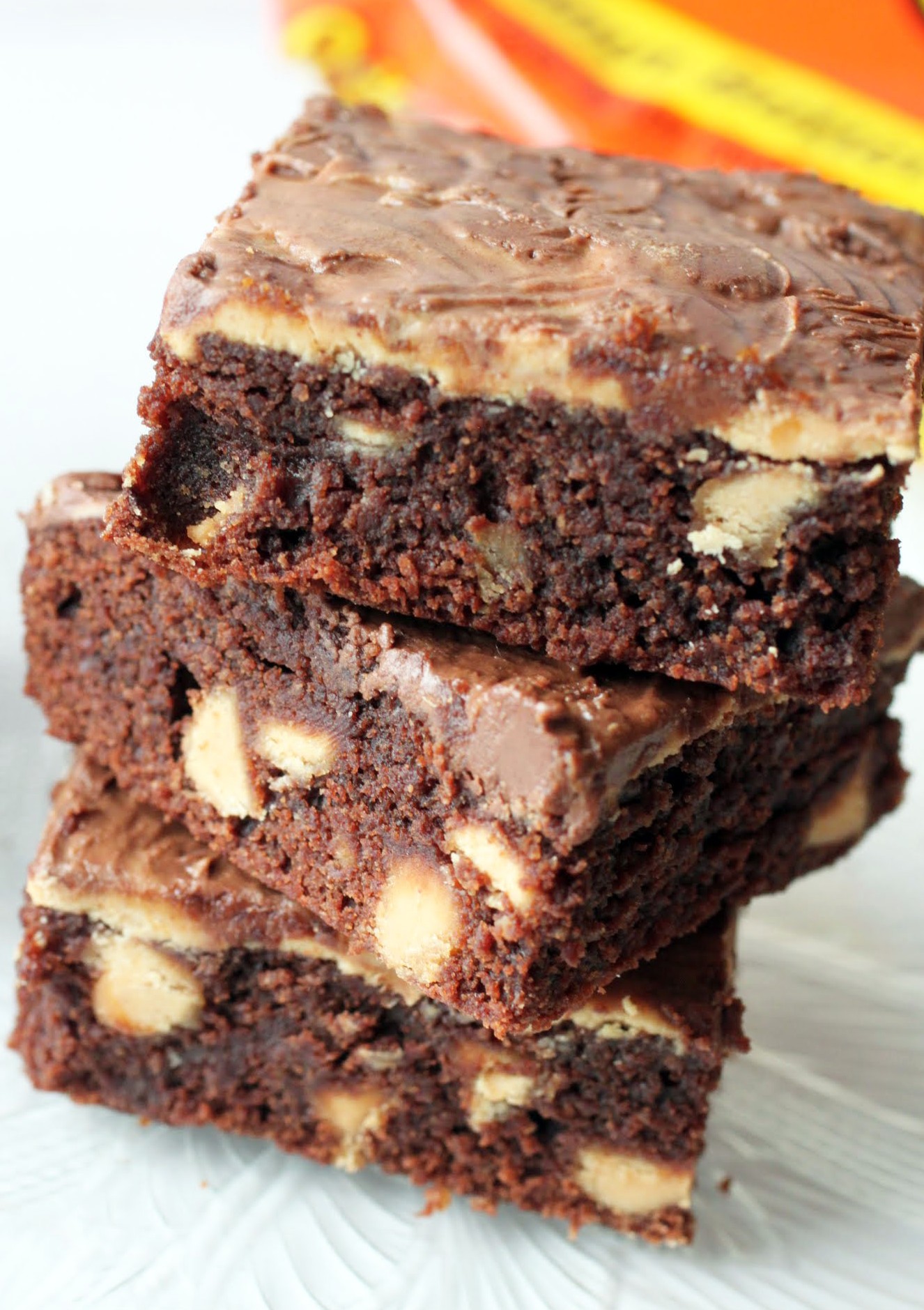 At first, it was something of a struggle. I had no mixer, didn’t know what any of the directions meant (creaming? straining? whaaat?), and didn’t own more than one or two pans. Luckily, these brownies fit into the one kind of pan I did have: the ever-useful 9 x 13.

One day, I was in the baking aisle at the only grocery store I could walk to, and I found a box of Baker’s unsweetened chocolate. On the back was a recipe for one-bowl brownies, and there was no mixer needed. I could just melt the butter and chocolate in a microwave, mix stuff together, and be done with it. Instantly, that became my go-to brownie recipe of the 90s.

When Reese’s peanut butter chips burst onto the baking scene, I found them at the grocery store, too. They got a lot of use in my kitchen then, and they still do. I think they always will!

These brownies are full of both milk chocolate chips and peanut butter chips. When the brownies come out of the oven, I sprinkle the same mixture over the top, let it melt, and spread the chocolate over the surface. When it hardens, it’s like a brownie and candy bar in one! 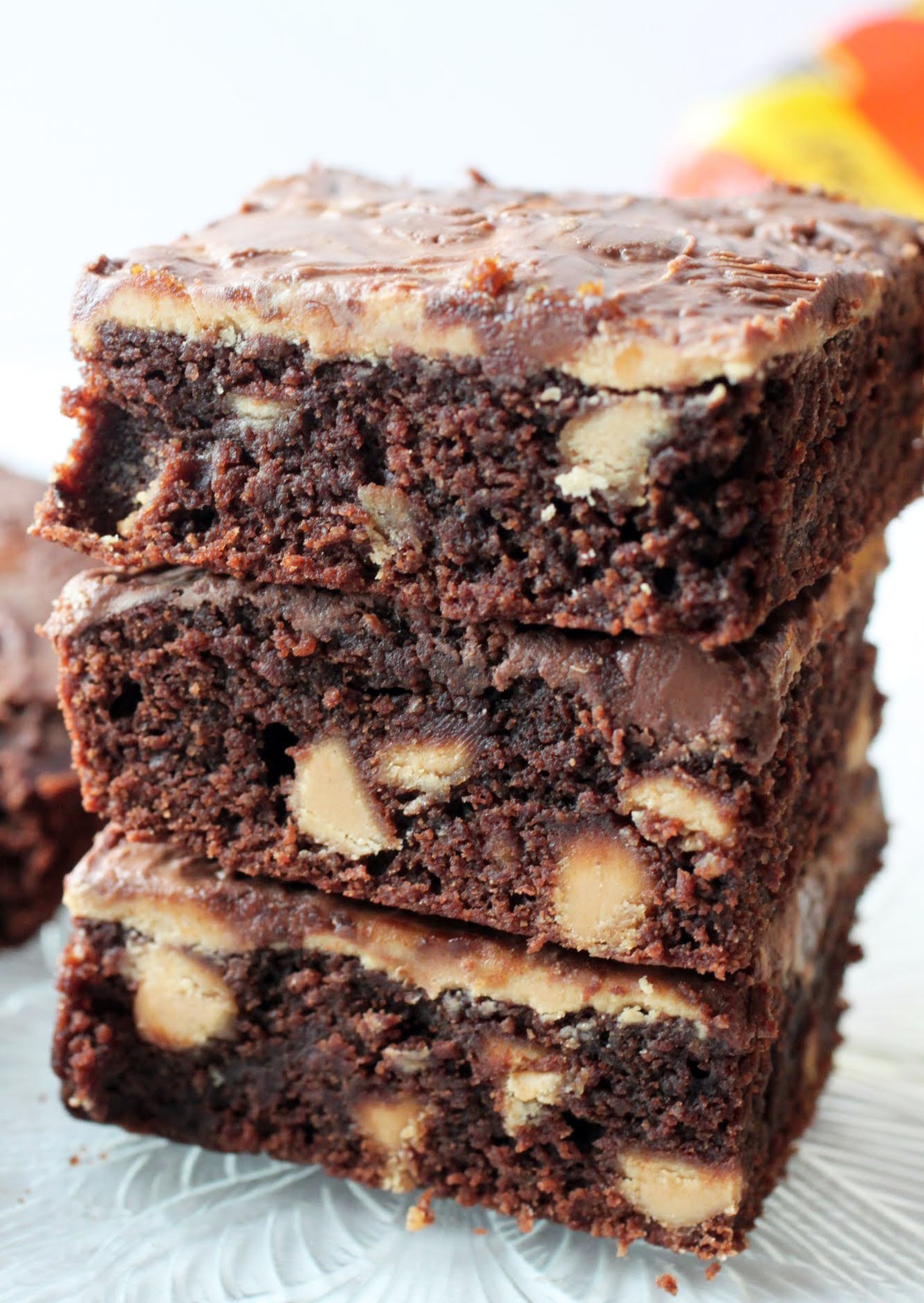 I might not be in college anymore (not by a long shot), but I can still enjoy these brownies to the utmost. I hope you do, too! 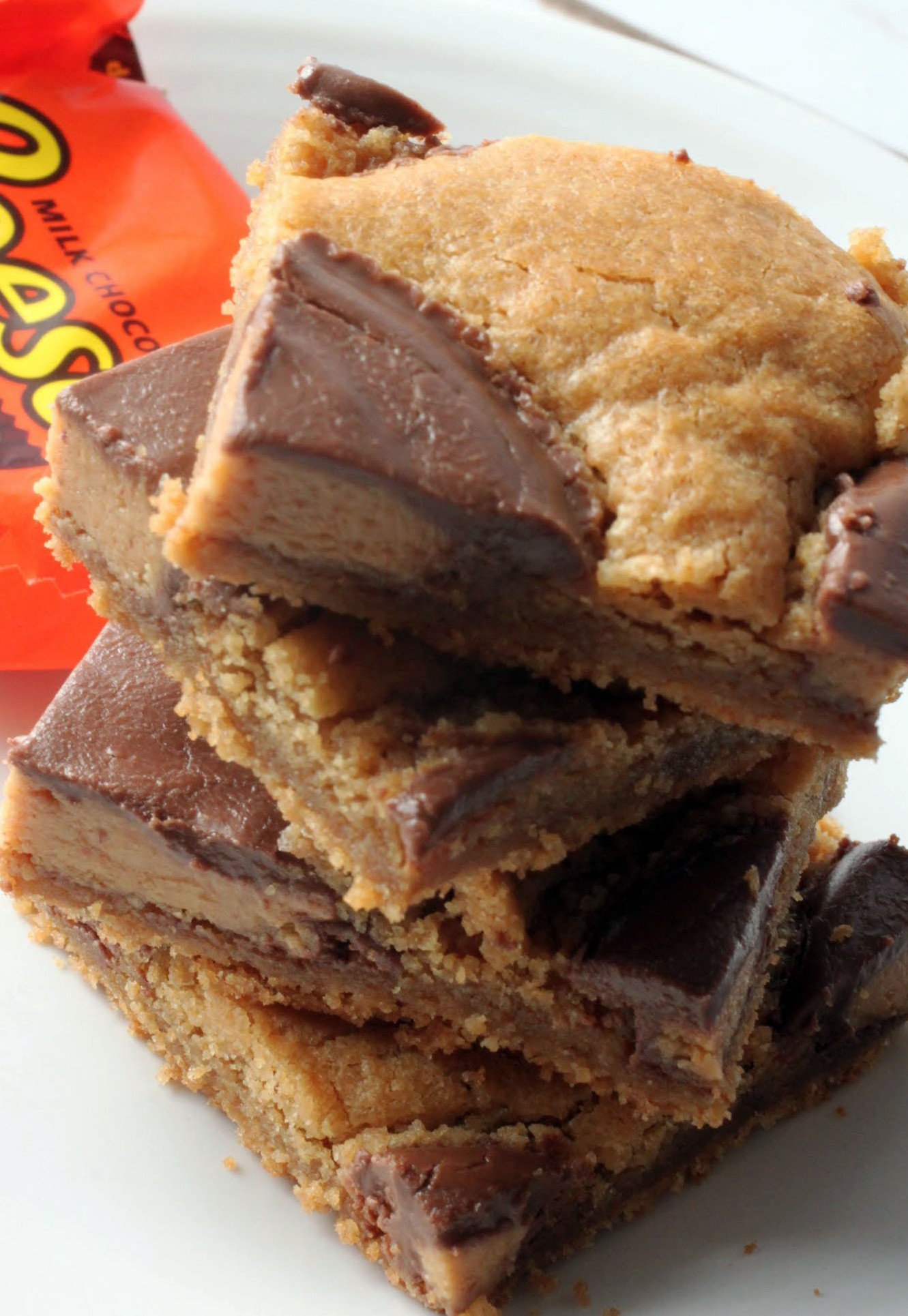 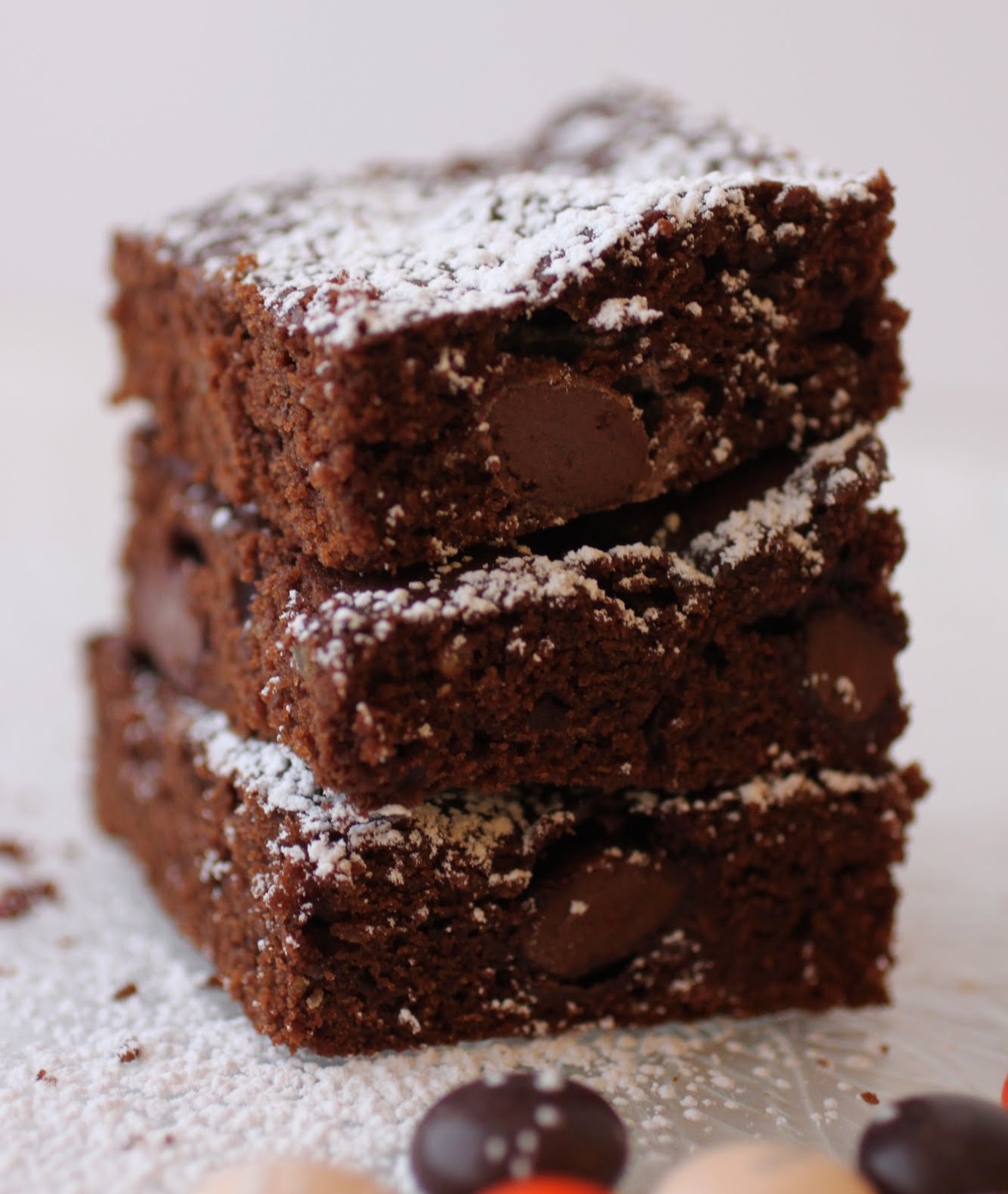