Warning: Use of undefined constant PHD_CLIENT_IP - assumed 'PHD_CLIENT_IP' (this will throw an Error in a future version of PHP) in /home/justab8/public_html/wp-content/plugins/wp-mediatagger/mediatagger.php on line 2874
 Cheesecake Brownie Chunk Ice Cream | Just About Baked 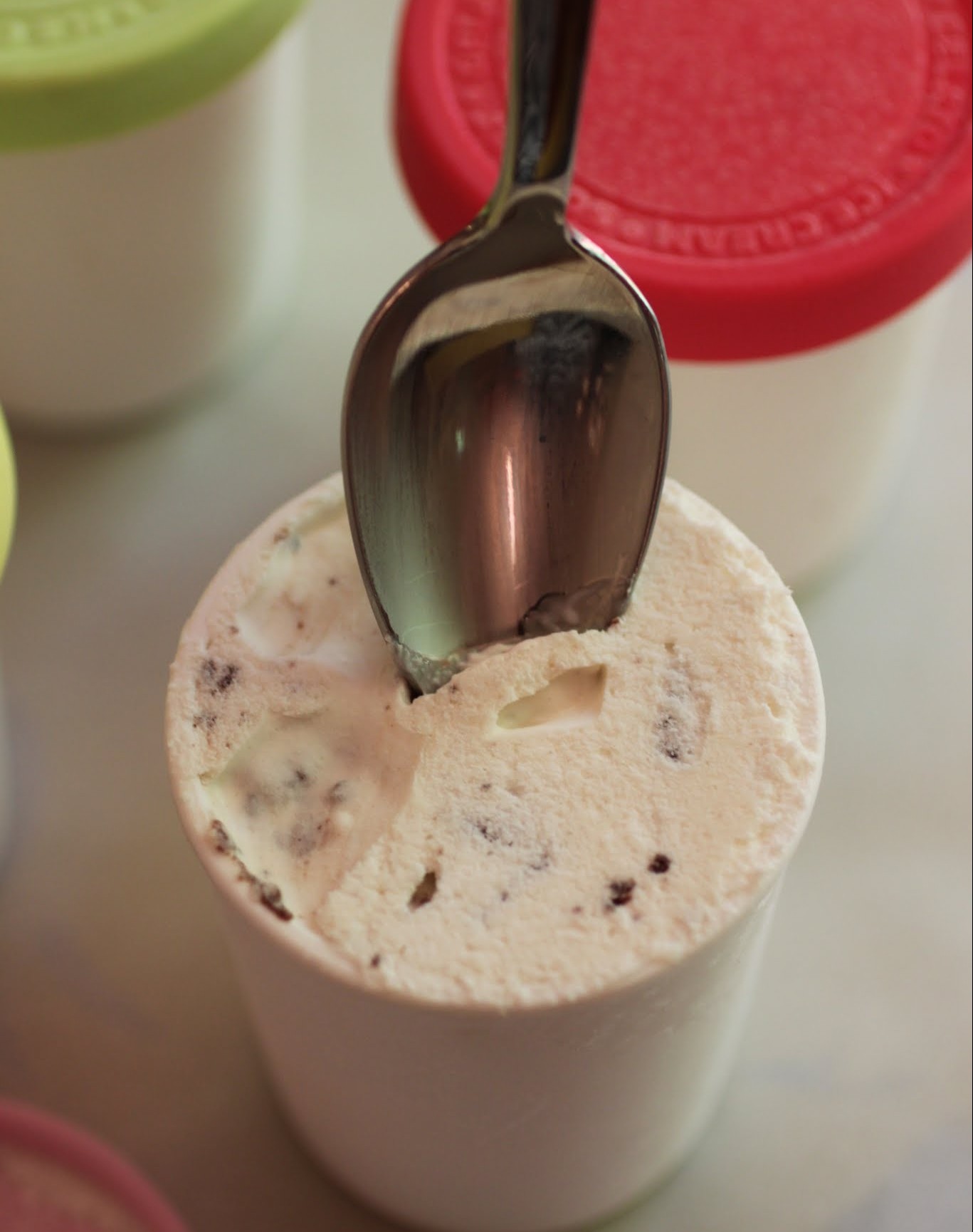 By the time this goes up, I’ll be sitting at my office computer, twiddling my thumbs. We had quite a few snow days this year, so the school system dutifully tacked days onto the end to make up for lost time. And that would make sense, if not for one small detail: kids in high school take final exams and leave.

So that leaves us, their loyal teachers, a few extra days to clean out our rooms, file papers, clear off desks, and finalize grades. It’s nice to have the time, but I have the bad habit of not procrastinating at the workplace. Or anywhere. You might think that’s a good thing, but I happen to believe that procrastination is a hidden virtue. Back in the day, I was a champion procrastinator and I was happy, lazy and carefree. Now I get everything done well before it needs to be, and instead of relaxing, do you know what happens? 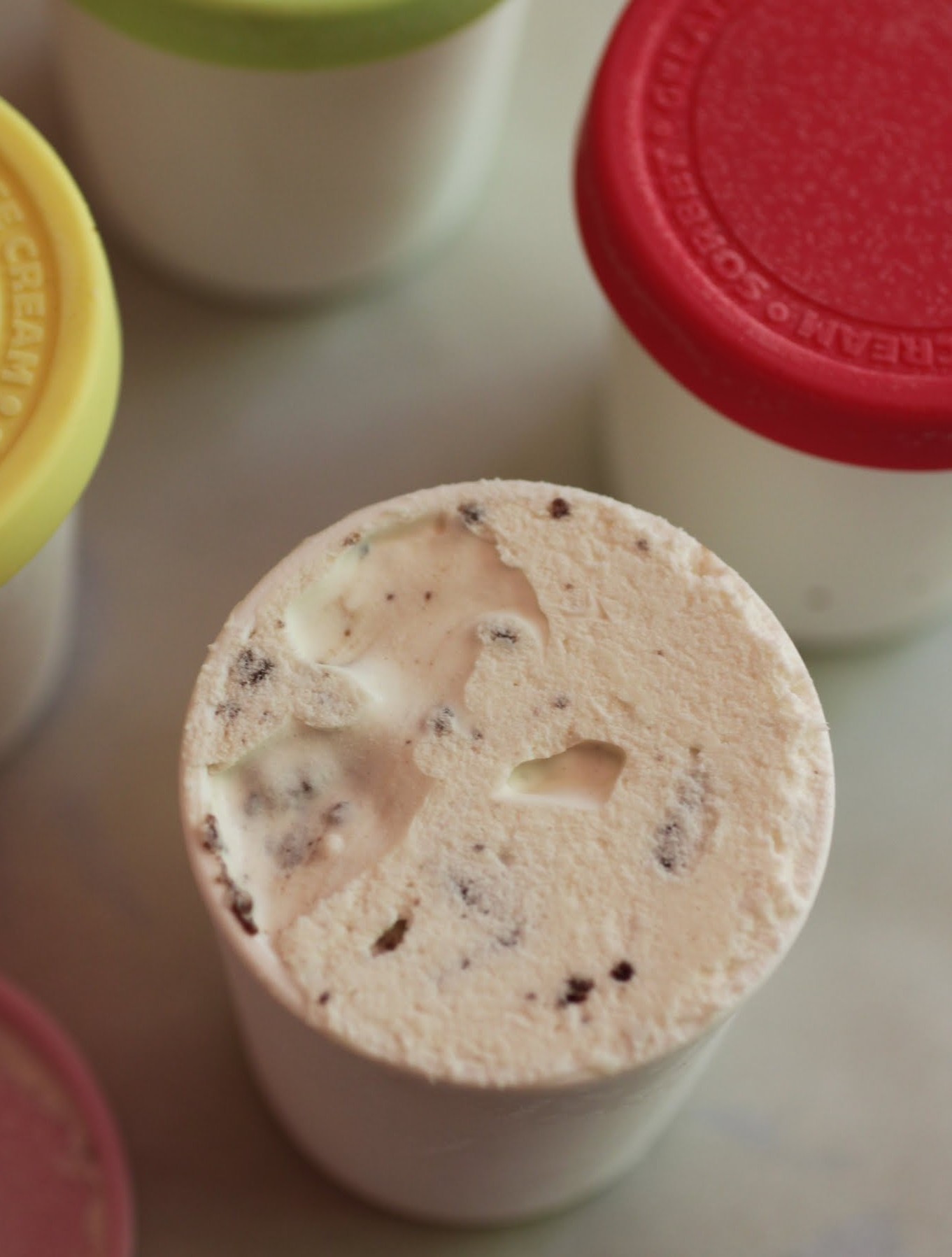 I find more things to do. I am a bastion of productivity. As a result, there are very few thumb-twiddling moments, and that is not okay. Being lazy is a virtue. I said it, and I meant it. That’s why when all the students are gone and I’m sitting around with nothing left to do, it’s a rare feeling of boredom. 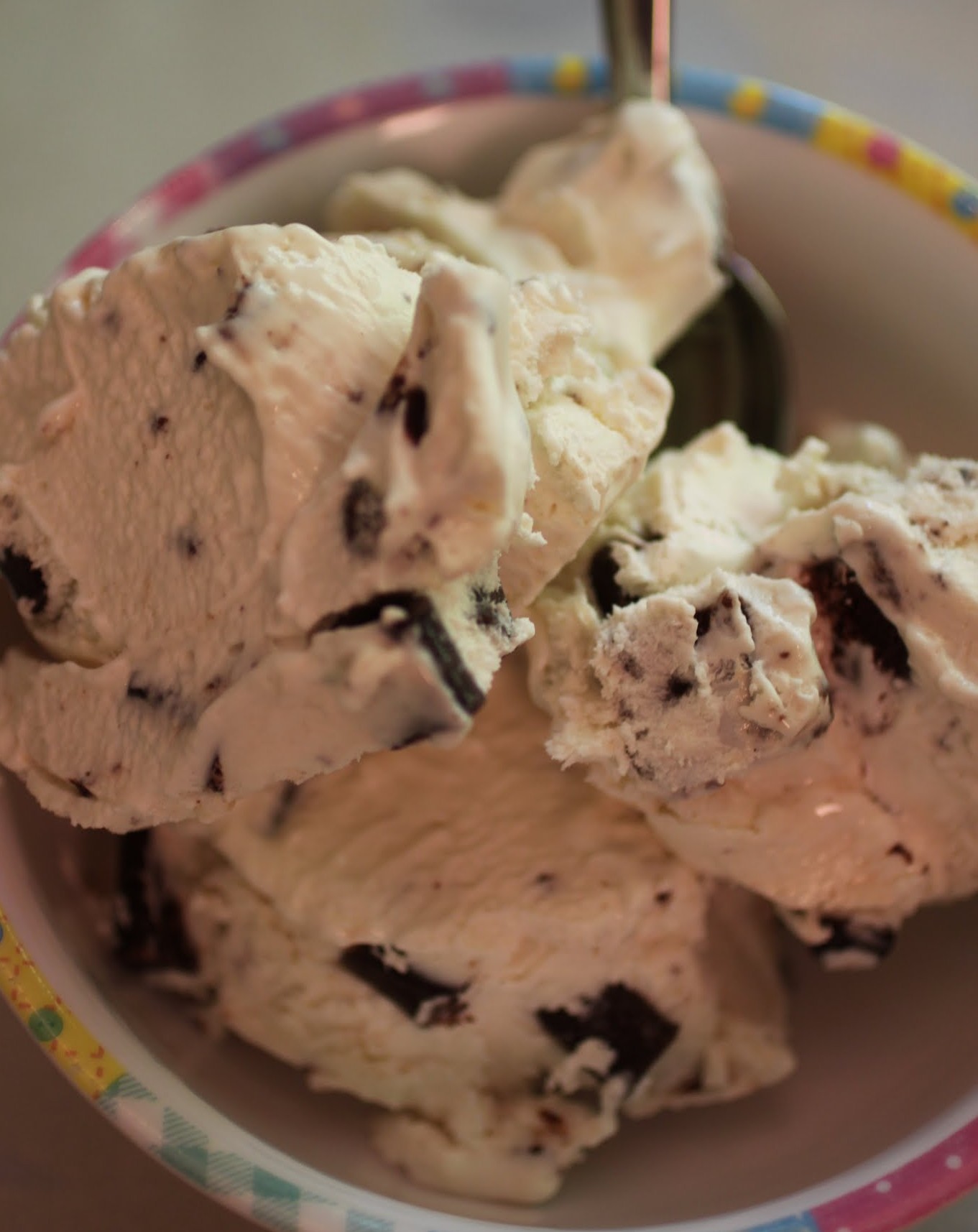 Then the summer whirlwind begins, and if you’re a parent, you know that summer is not relaxing. It’s a lot more work. That’s why you have to stock the freezer with cool, loaded cheesecake brownie chunk ice cream!

My number one complaint with ice cream is the stinginess of so many brands when it comes to mix-ins. So I was sure to chop up half a brownie pan and dump those delightful pieces into this ice cream along with another cup of giant chocolate chunks. Let nobody accuse me of having any one bite not include mix-ins! 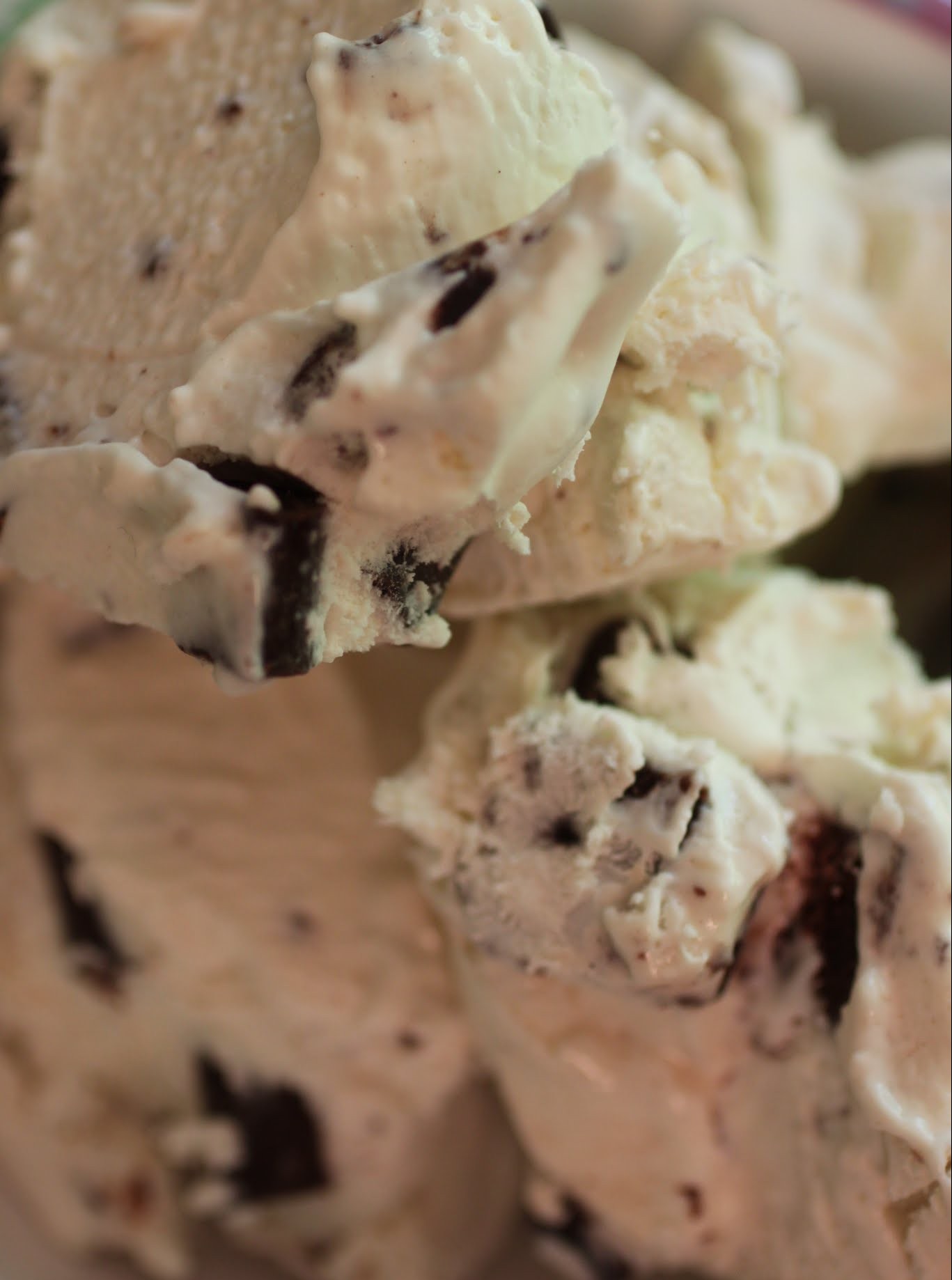 This recipe is no-churn, which means I mixed it all up in a bowl, froze it, and that was the end. I also put the ice cream in adorable mini ice cream containers to portion out helpings. I want to scoop giant spoonfuls into my mouth, but when I hit the bottom of the little containers, that’s all for now! 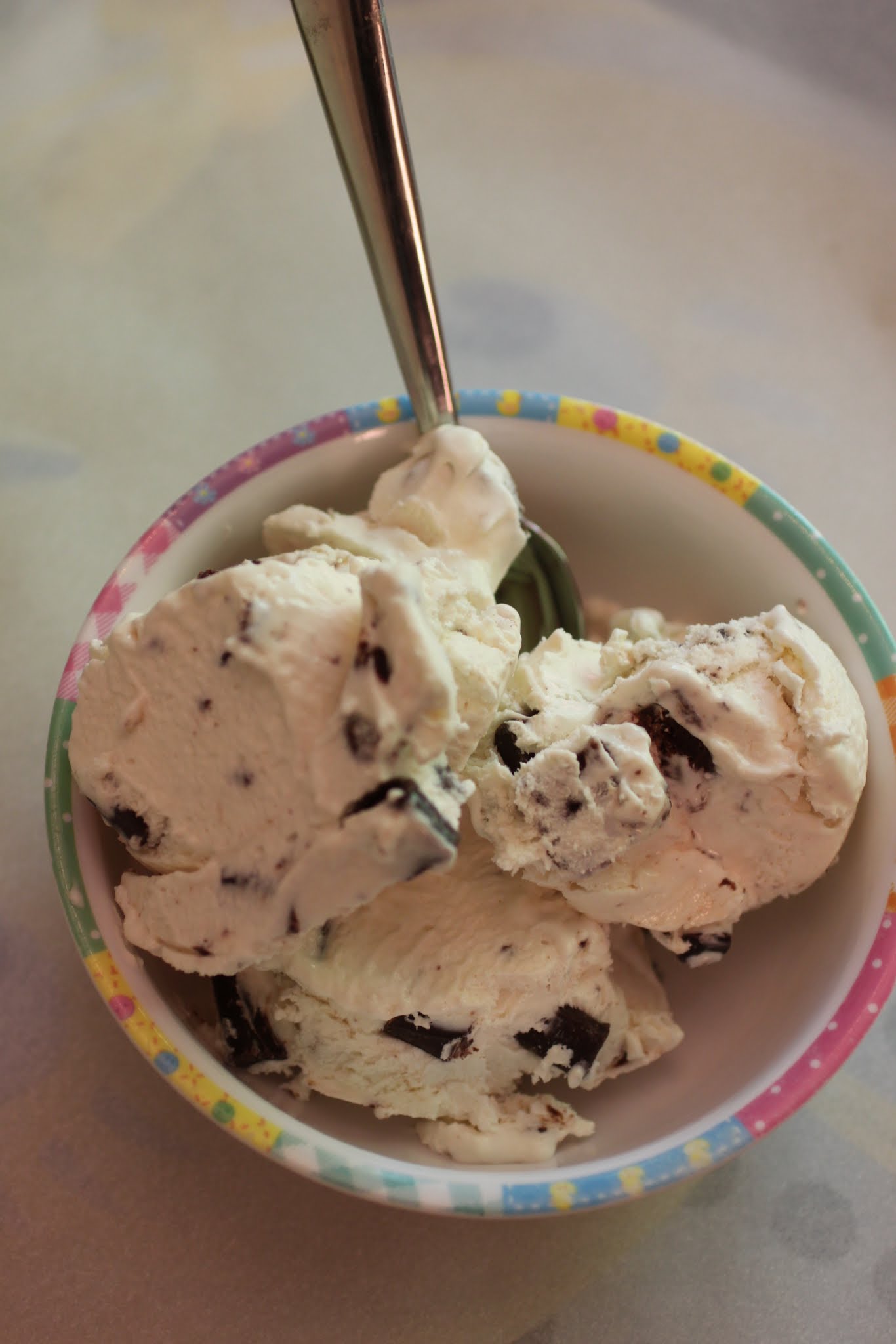 The ice cream itself is creamy and tastes just like cheesecake, probably because of the block of cream cheese in it. That helps. And when your summer hits, you’ll either do what’s on your list of tasks or kick back. But procrastinator or not, you’ll have ice cream to keep you company! 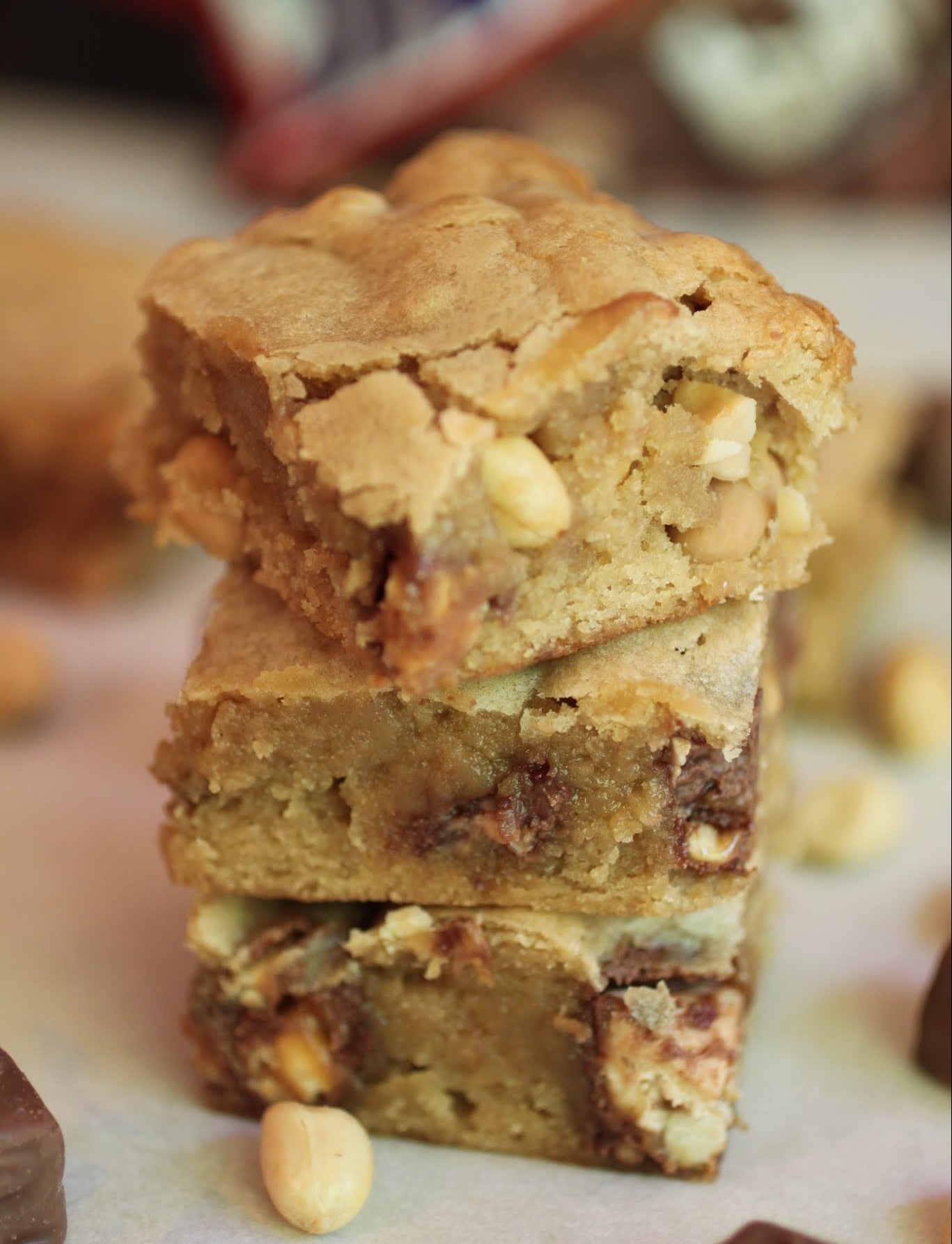 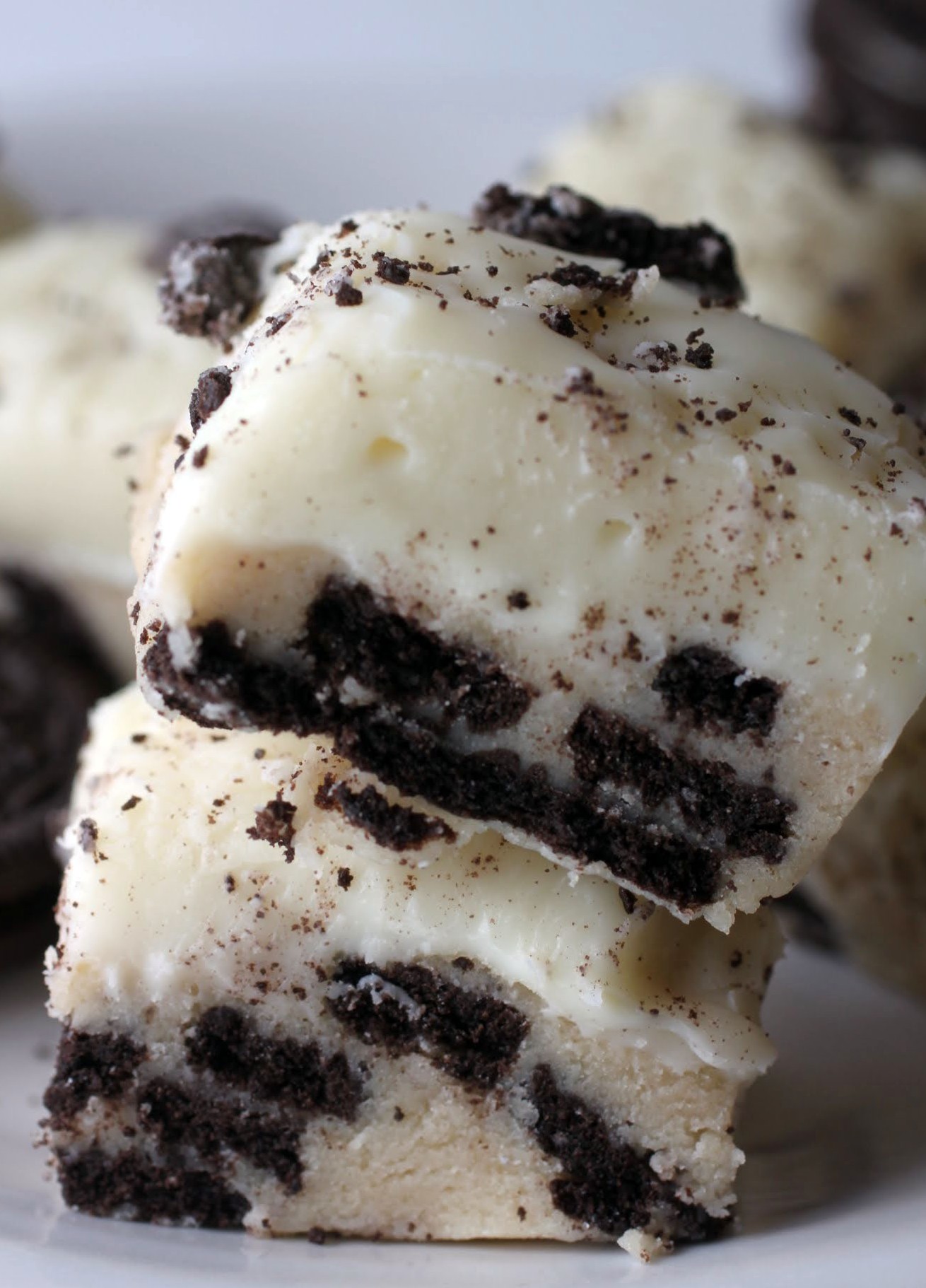 With Memorial Day coming, everyone’s making barbecue and picnic plans. Well, everyone except me. I tend to forget all about it until the last second or just shrug it off, figuring that if worse comes to worst, I’ll just throw some meat on a fire and be done with it.

But for you lovely people who plan ahead, think about this delightful no-bake dessert for your get-together time. These bars are made of egg-free Oreo cookie dough and topped with thick white chocolate fudge.