Warning: Use of undefined constant PHD_CLIENT_IP - assumed 'PHD_CLIENT_IP' (this will throw an Error in a future version of PHP) in /home/justab8/public_html/wp-content/plugins/wp-mediatagger/mediatagger.php on line 2874
 Whole Wheat Cinnamon Raisin Bread | Just About Baked 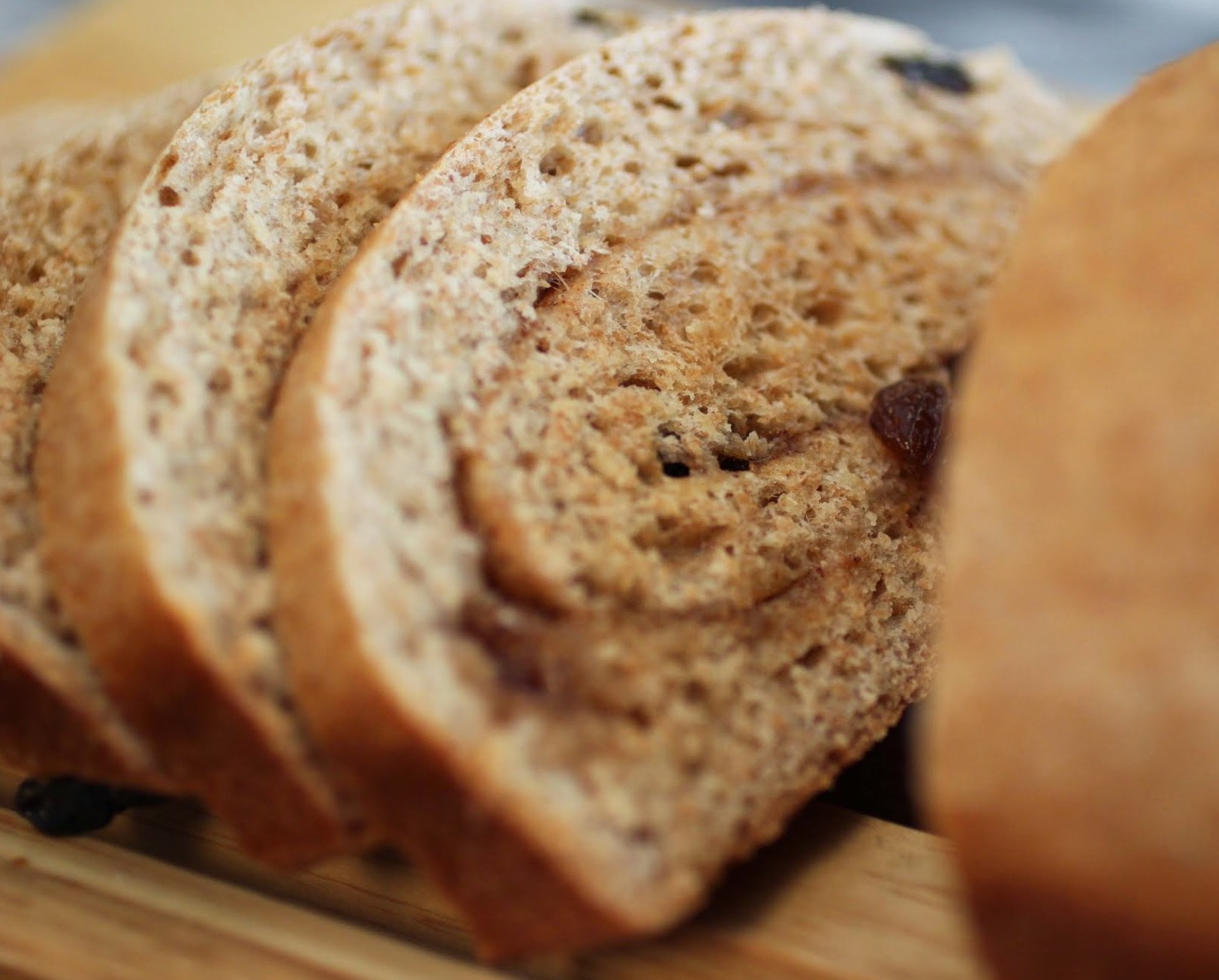 When we got married almost ten years ago, Kenny and I registered for (and got, yay!) a bread machine. I had visions of us in a perfectly appointed house with everything tidily in its place, eating bread that we’d made ourselves. With the help of the machine, of course. 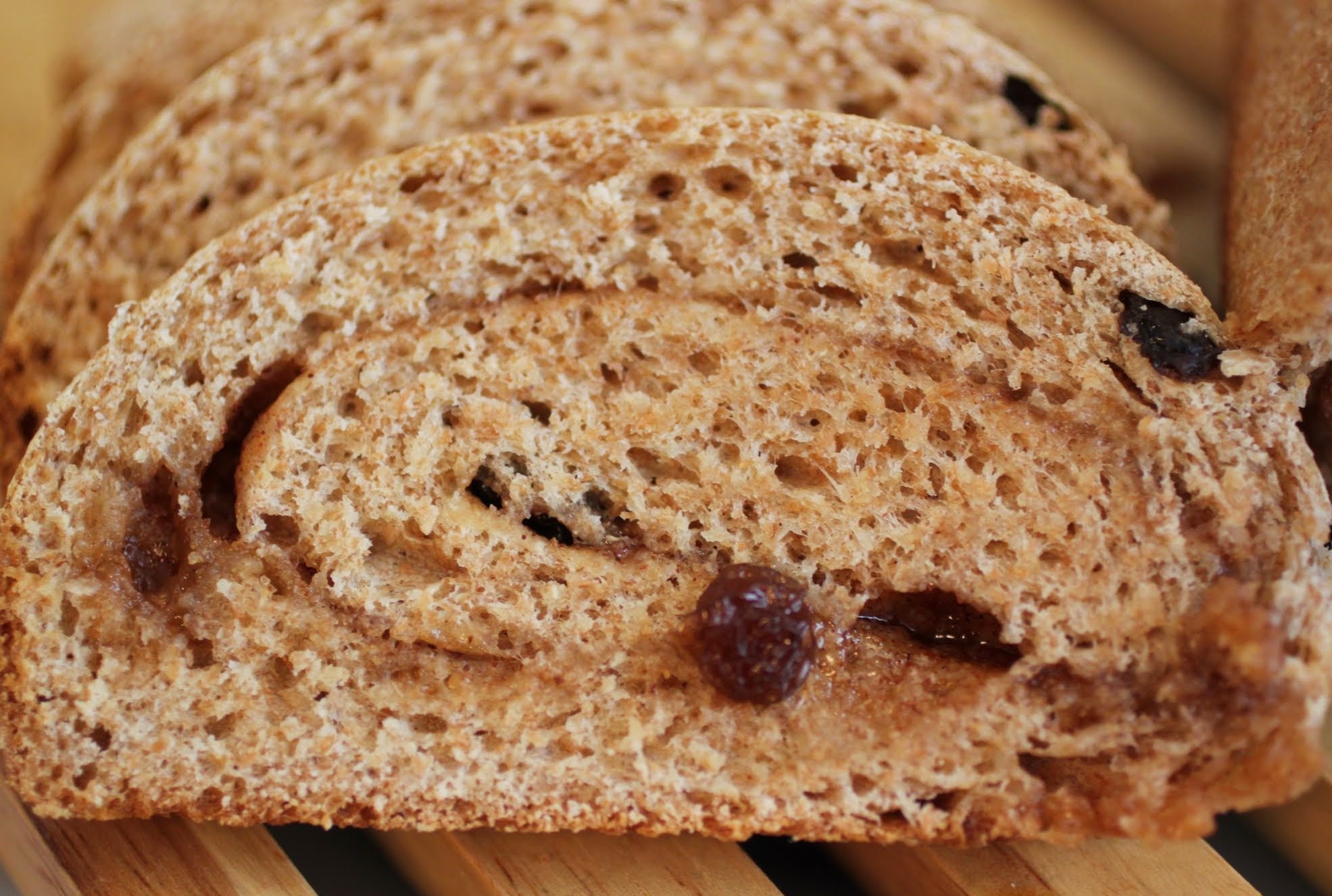 And that’s come to pass, except with a lot more mess in the house and a lot lot lot more noise. The thing about bread machines is that some people think they’re cheating, and maybe they’re right. But I honestly don’t care. Bread that comes out of my oven is bread I made myself. And that is that.

Now, if you don’t have a bread machine, you can probably still make this bread using a dough hook attachment on your mixer, or even doing it by hand. It just won’t be so darn easy.

This recipe makes enough for two loaves, one for now and one to freeze. That way, I take out the frozen loaf when we’re having breakfast for dinner, reheat it, and it’s delicious. Because what could be better than cinnamon bread with, oh, just about anything? 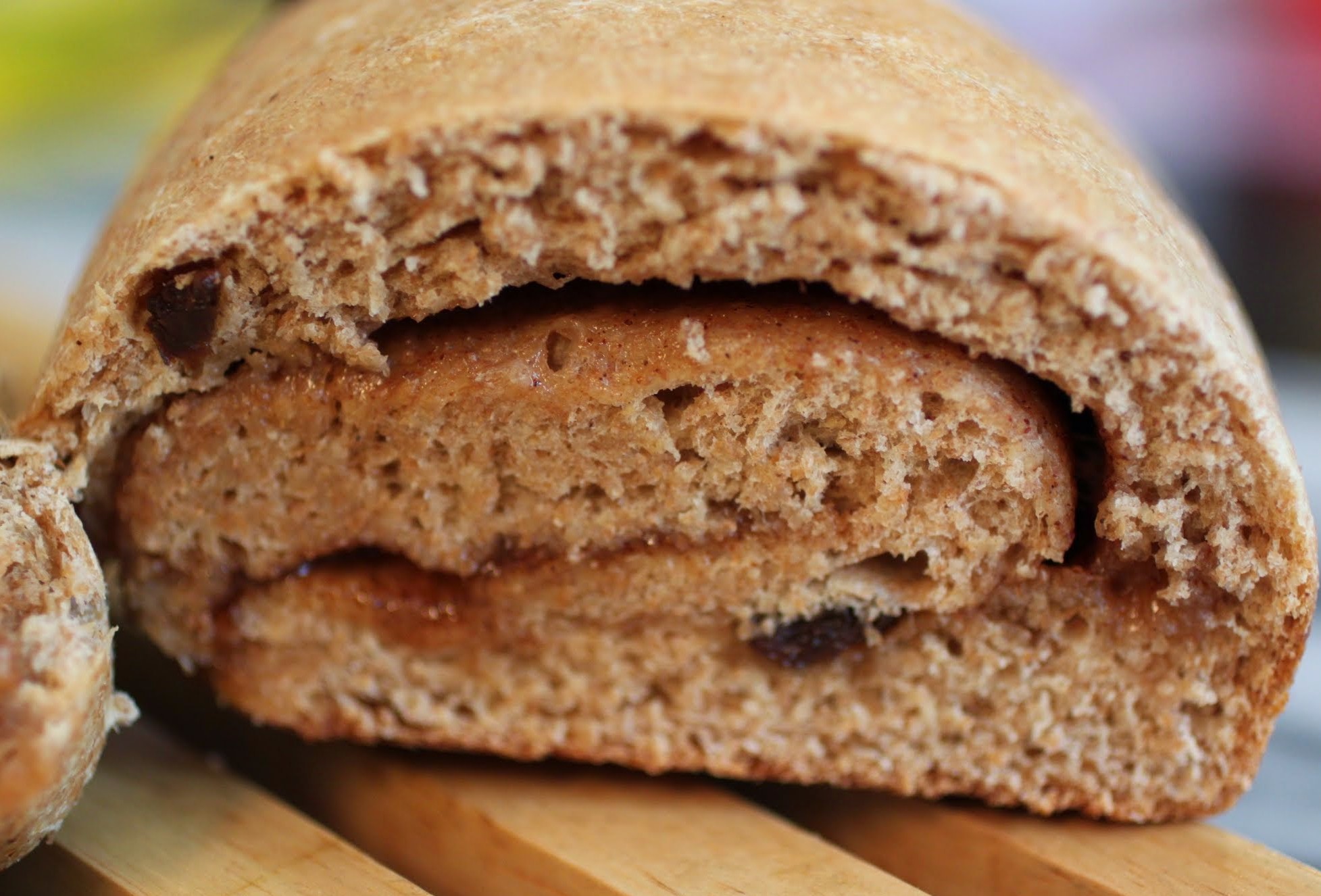 This recipe works because even though it uses mostly whole wheat flour, I do put some regular all-purpose flour (or I also use bread flour) into the mix. When the dough is ready, you add the raisins and the cinnamon sugar. It’s very simple. I made this while watching my kids beat each other up. 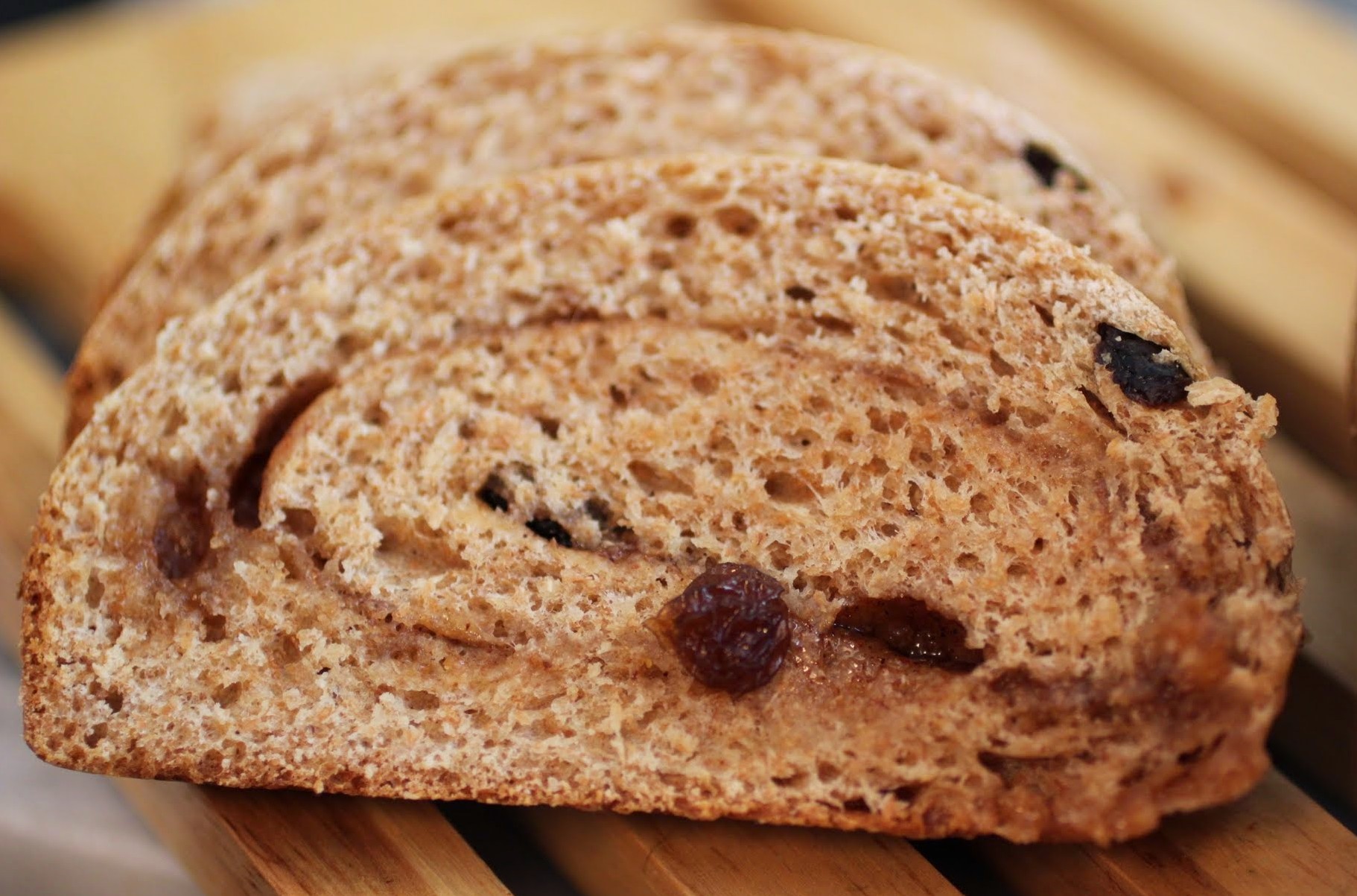 Just kidding. Sort of. But the bottom line is, I can’t always get out for my cinnamon raisin bagel and cream cheese. When I want something warm, yeasty, and healthy, this bread is the best option. Talk about wish fulfillment! 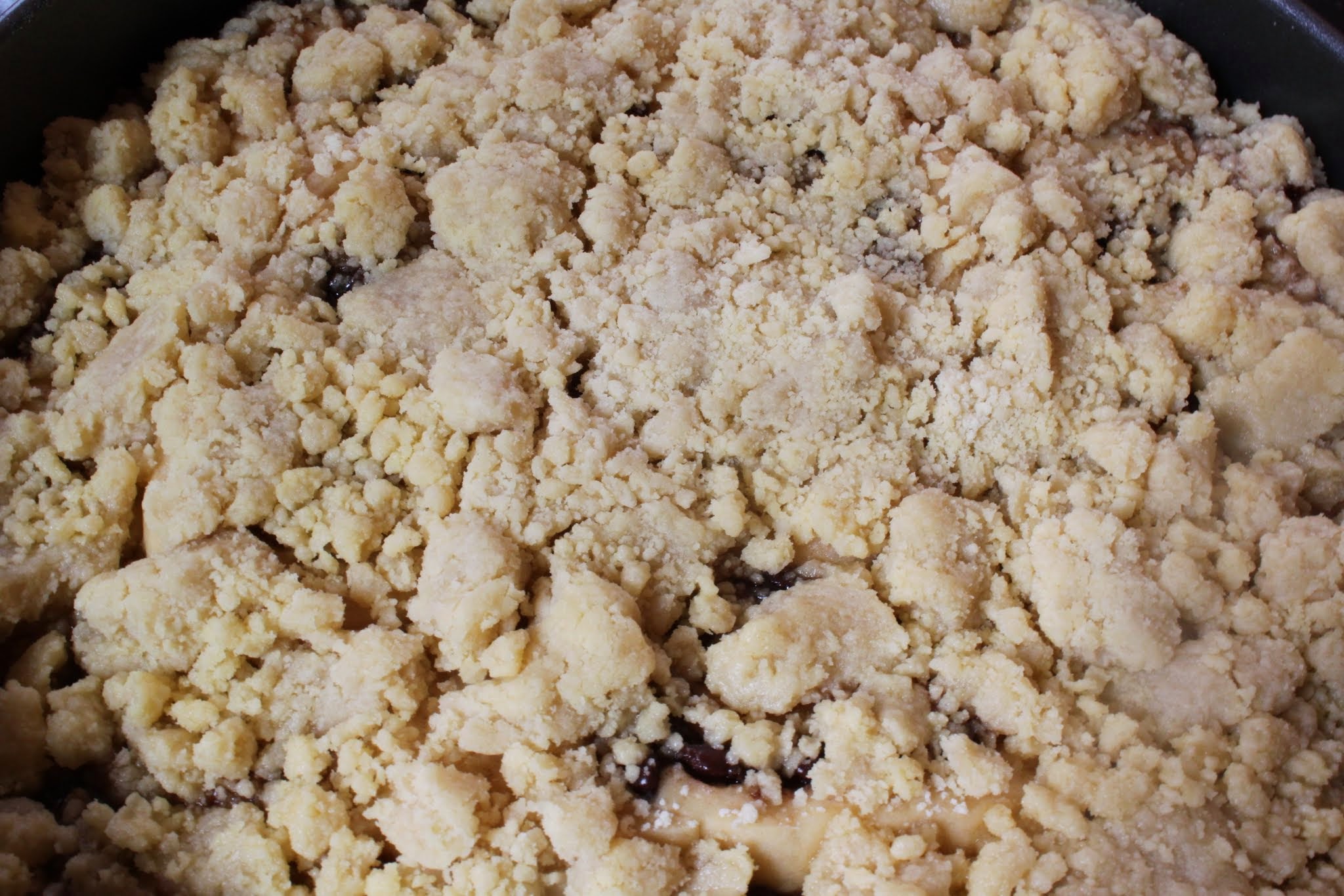 It’s Friday, y’all! In my house, the weekend means babka for breakfast. Allow me to explain.

When I was a little girl, my grandmother used to send a big box of baked goods to us a few times a year. The box was full of her goodies: cookies and cakes, most of them traditional Eastern European specialties. Nestled in the box were always two babkas. For those of you who aren’t familiar, a babka is cake that is actually made from a yeast dough and then swirled with various fillings. The traditional filling is cinnamon sugar, but more modern babkas have chocolate as well 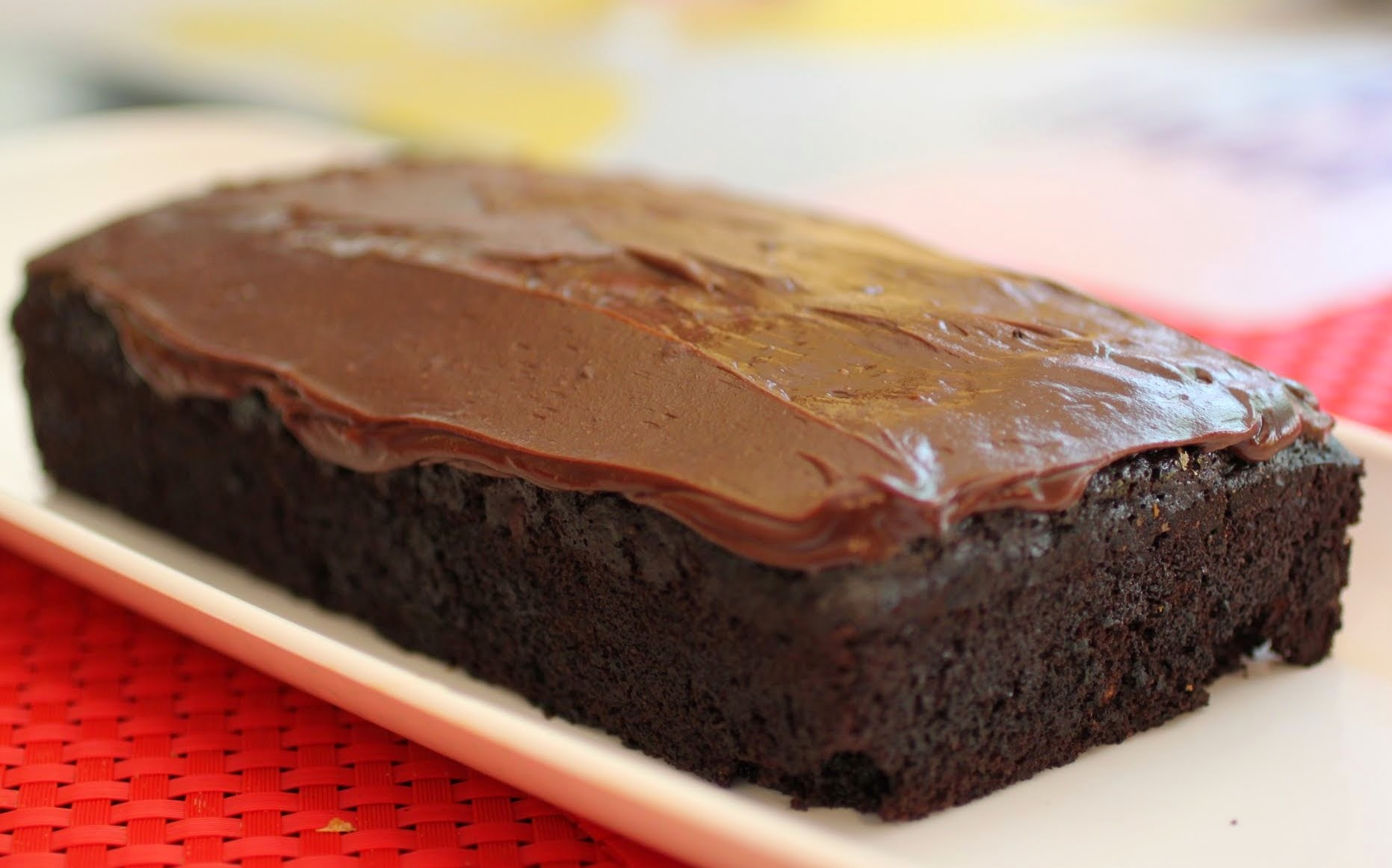 Yep, my caramel apples, so lovingly planned to go up today for the first day at school, tanked. See, I had this massive migraine yesterday and I tried (smarty that I am) to make caramel apples while lights were flashing in my field of vision and my head was pounding.

So, yeah. Caramel apples for another day! Something to look forward to, right?

In the meantime, there’s this cake. I love this cake. It’s vegan and gluten-free, but it’s so incredibly delicious. Sounds wrong, I know, but it’s true!