Warning: Use of undefined constant PHD_CLIENT_IP - assumed 'PHD_CLIENT_IP' (this will throw an Error in a future version of PHP) in /home/justab8/public_html/wp-content/plugins/wp-mediatagger/mediatagger.php on line 2874
 Raspberry Cheesecake Crumb Bars | Just About Baked 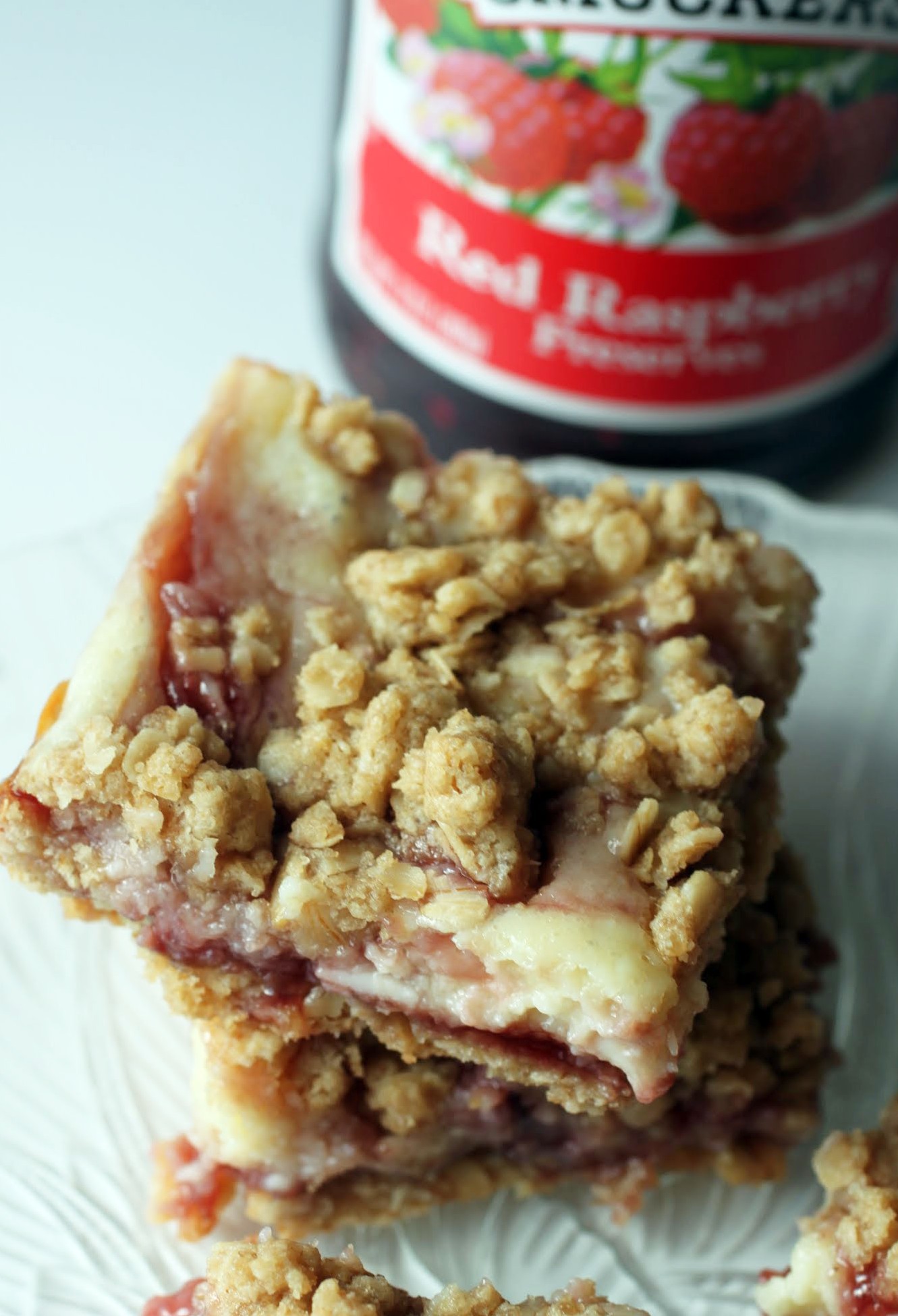 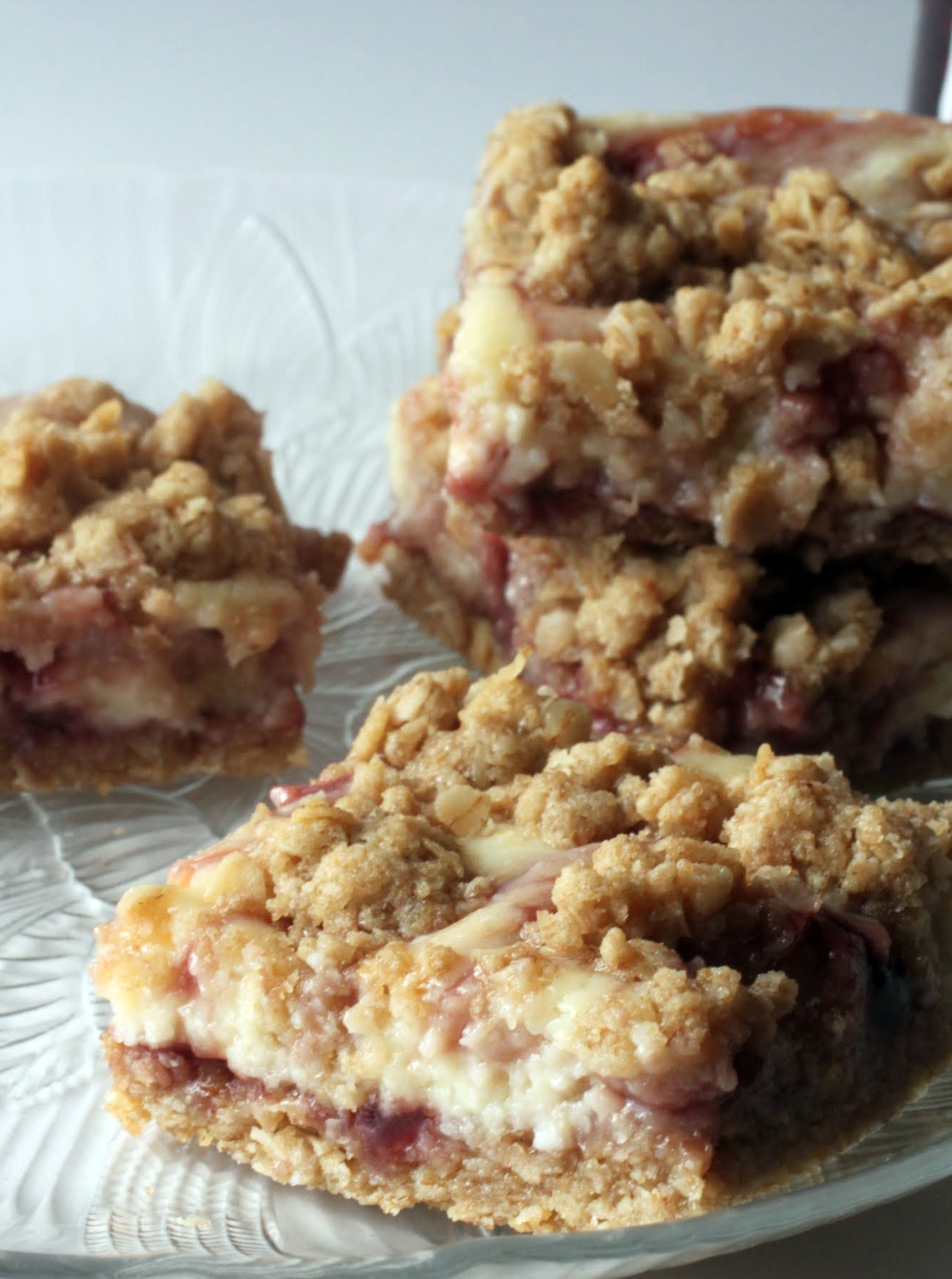 The school year starts in two weeks and I’m in overdrive, but I have to pause and fulfill my civic duty. Yep, that’s right. Jury duty calls!

This is the fourth time I’ve ever been on jury duty, and the second time in two years. Lest you think I am a star juror, banish that thought from your mind. That’s not it. I must have some kind of force that emits rays to jury selection people. Otherwise, my popularity makes no sense.

Years ago, I was called to a six-week jury trial at the beginning of summer. They took four days to make a selection, and the whole time I was  really worried that I would lose my entire summer vacation to our justice system. Thanks to the powers above, I wasn’t selected and my summer remained intact. But close call!

Kenny was also called to jury duty a few weeks ago, and he was so excited. Unlike me, he’s never served before, so it was a novelty for him. He went very happily and waited to be called, and…nope. They dismissed him around noon. But he can feel good that he’s off the hook for another few years. Maybe. 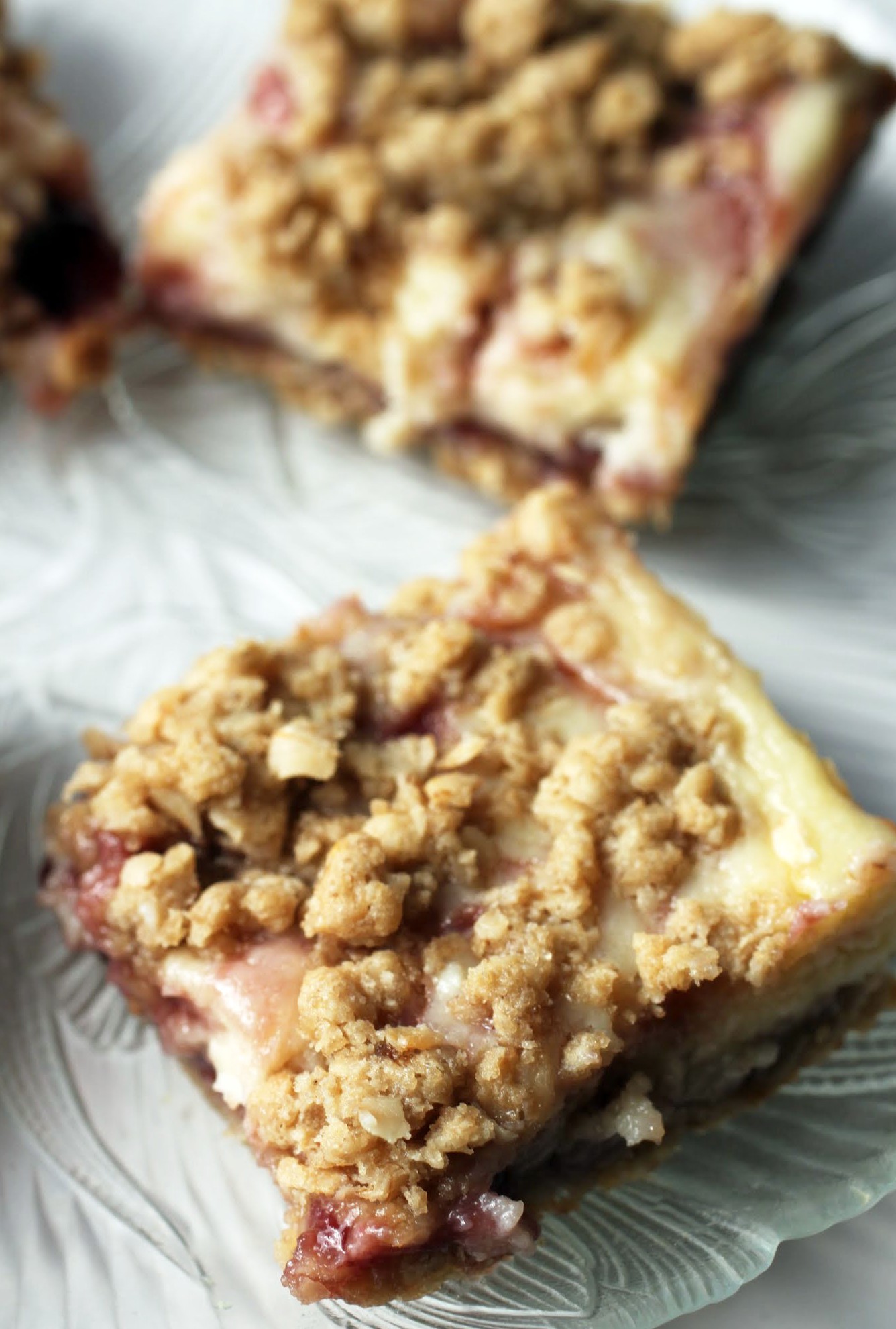 Whenever I have jury duty, snacks are important. They keep me cheerful during the monotonous hours of waiting for something to happen. The thing is, though, the snacks have to be easily packed. That’s where these bars come into play! 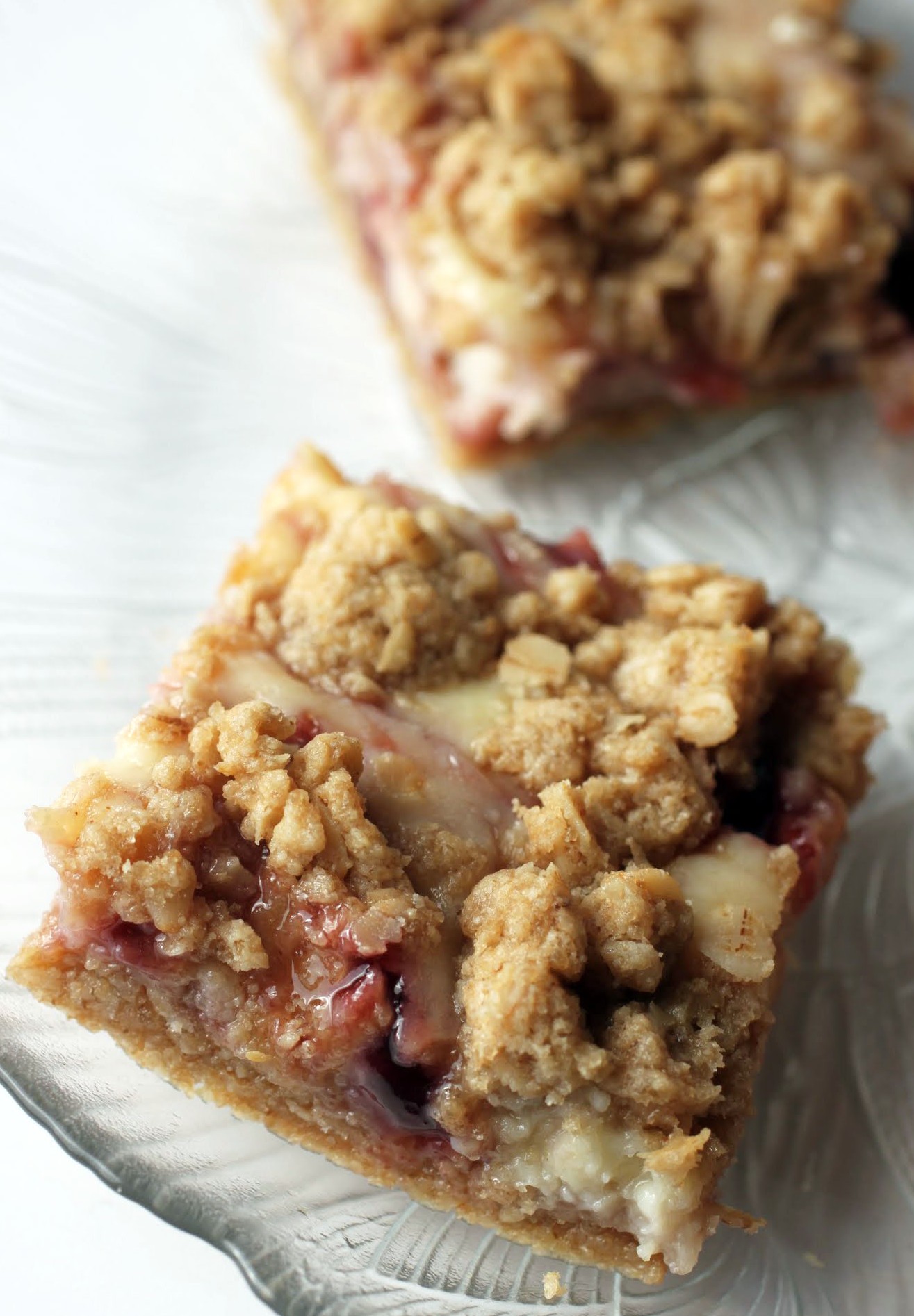 The bottom and top are made of the same crumbly oat mix (gluten-free, of course). I like to double up on the raspberry jam by first spreading some over the bottom layer, pouring in the cheesecake filling, and then dolloping some more on top, swirling it with a knife. And on top? Those miraculous crumbs! 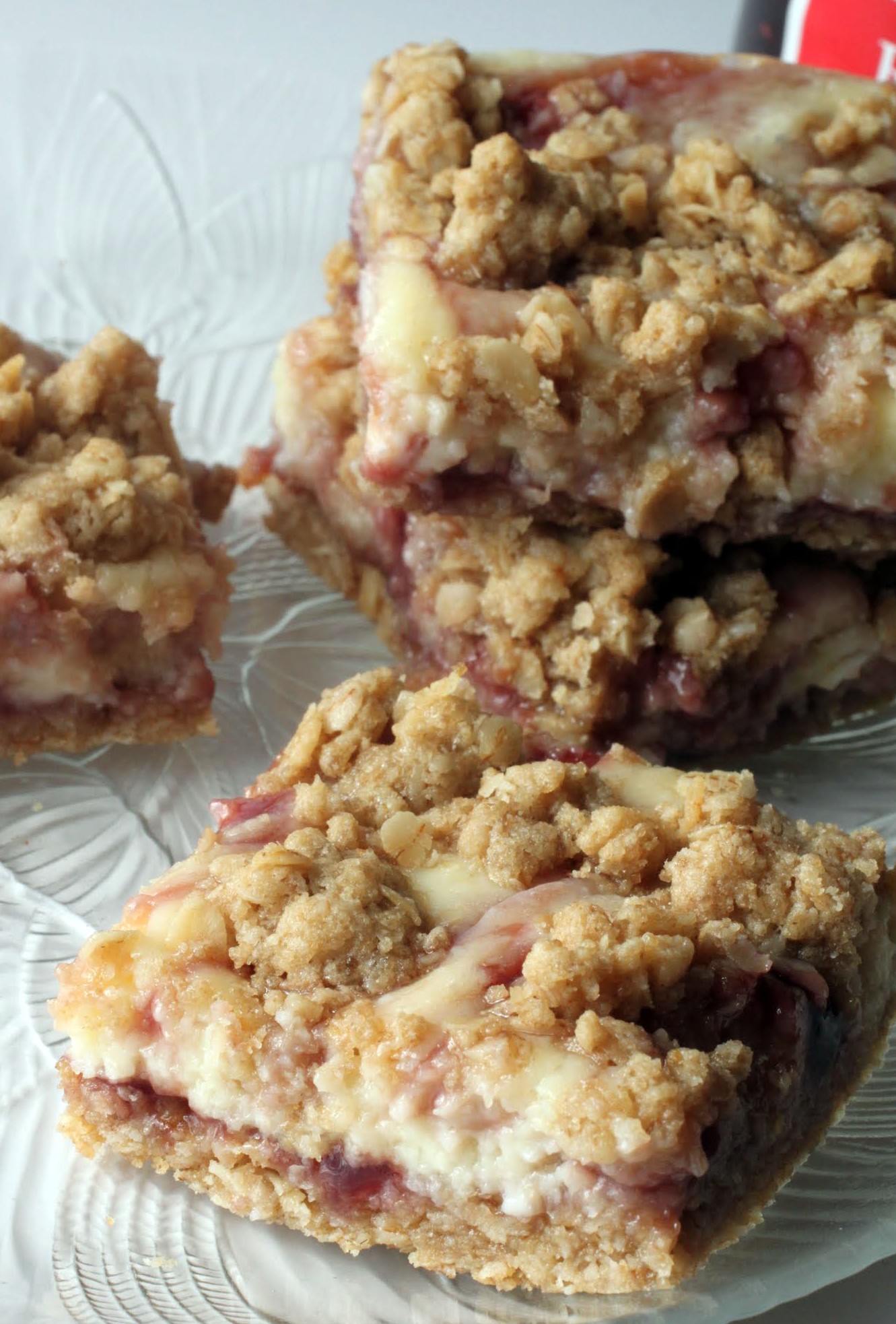 I might have to do my civic duty for the umpteenth time in my relatively young life, but I’ll do it happily as long as I’m kept fortified. These raspberry cheesecake crumb bars should do the trick! 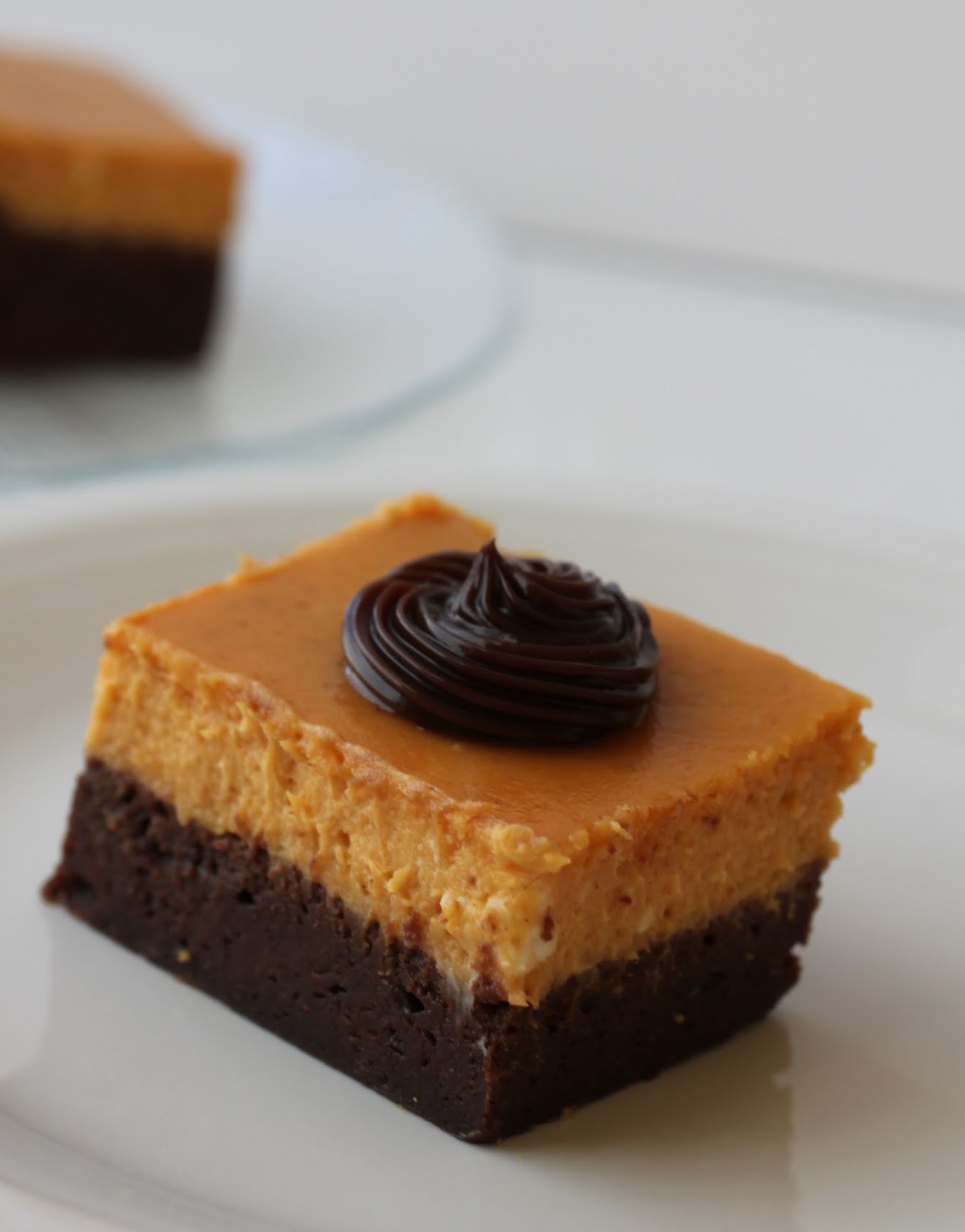 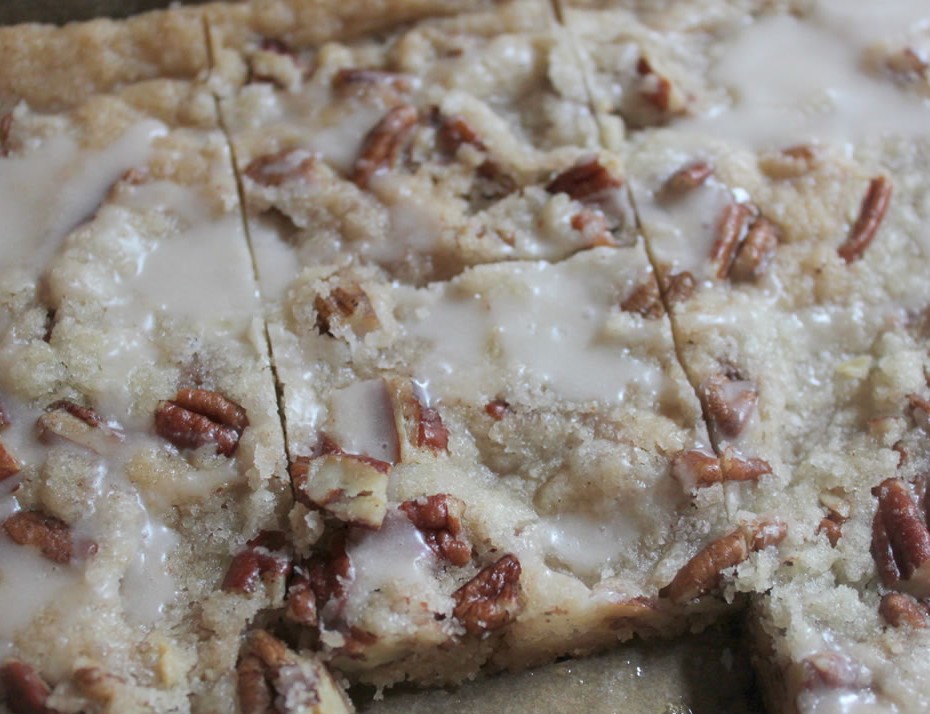