Warning: Use of undefined constant PHD_CLIENT_IP - assumed 'PHD_CLIENT_IP' (this will throw an Error in a future version of PHP) in /home/justab8/public_html/wp-content/plugins/wp-mediatagger/mediatagger.php on line 2874
 Cinnamon Chocolate "Quesadillas" | Just About Baked 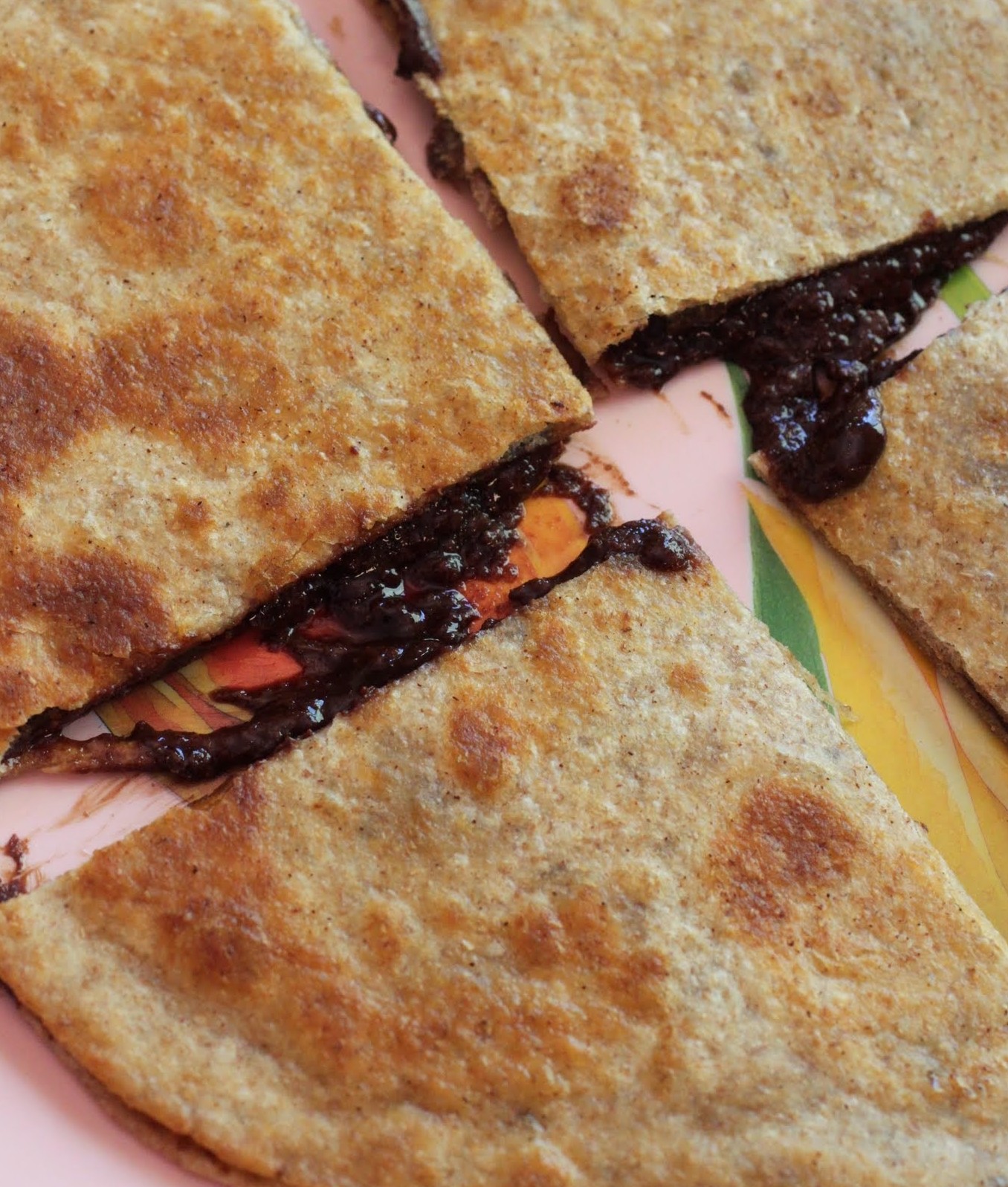 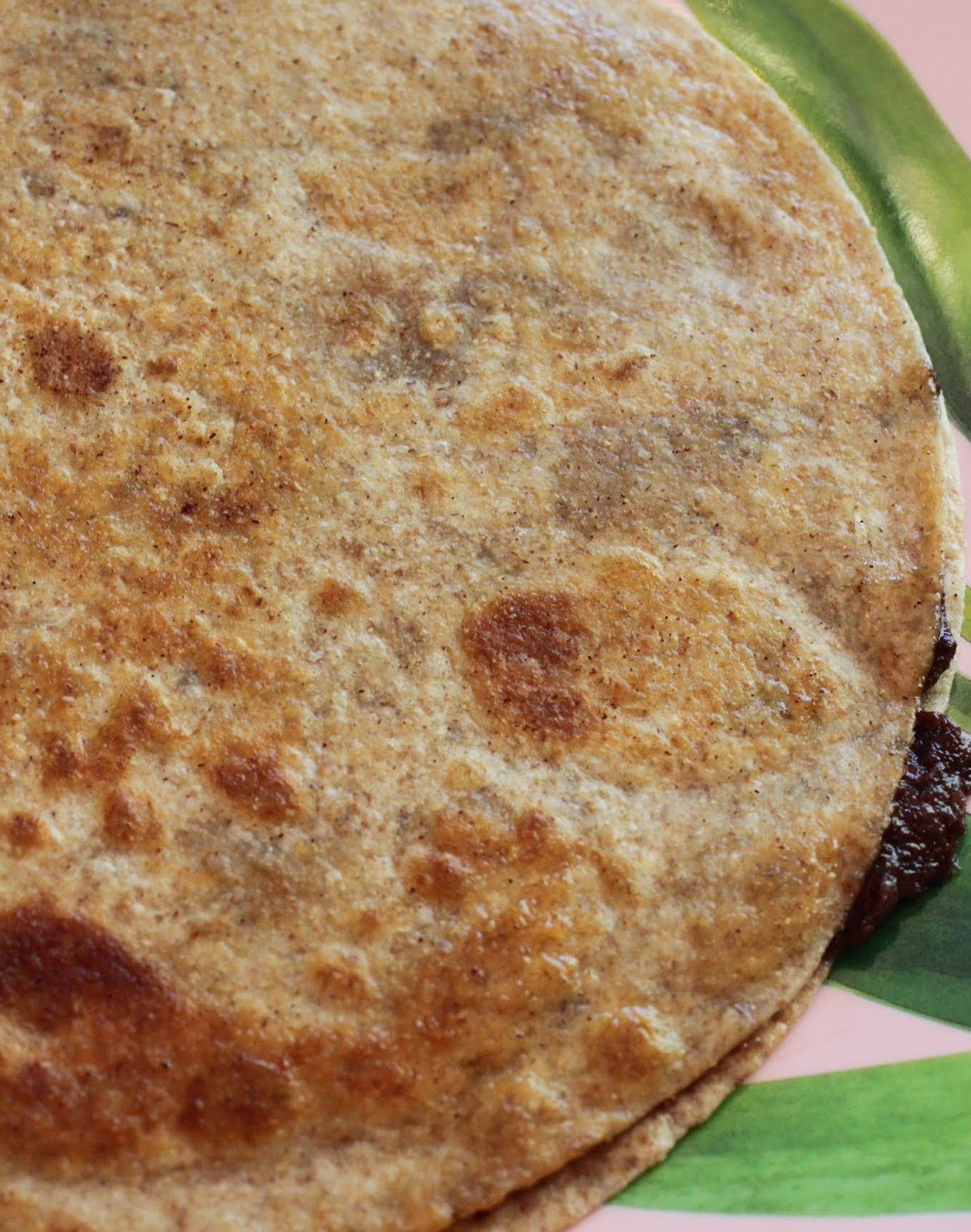 How many of you feel like you were given the wrong name? Names, no matter what Shakespeare said, matter. And the thing is, our parents never know how we’re going to respond to a name. I hope they do their best and hope in turn that their kids have names they love. But it doesn’t always turn out that way. 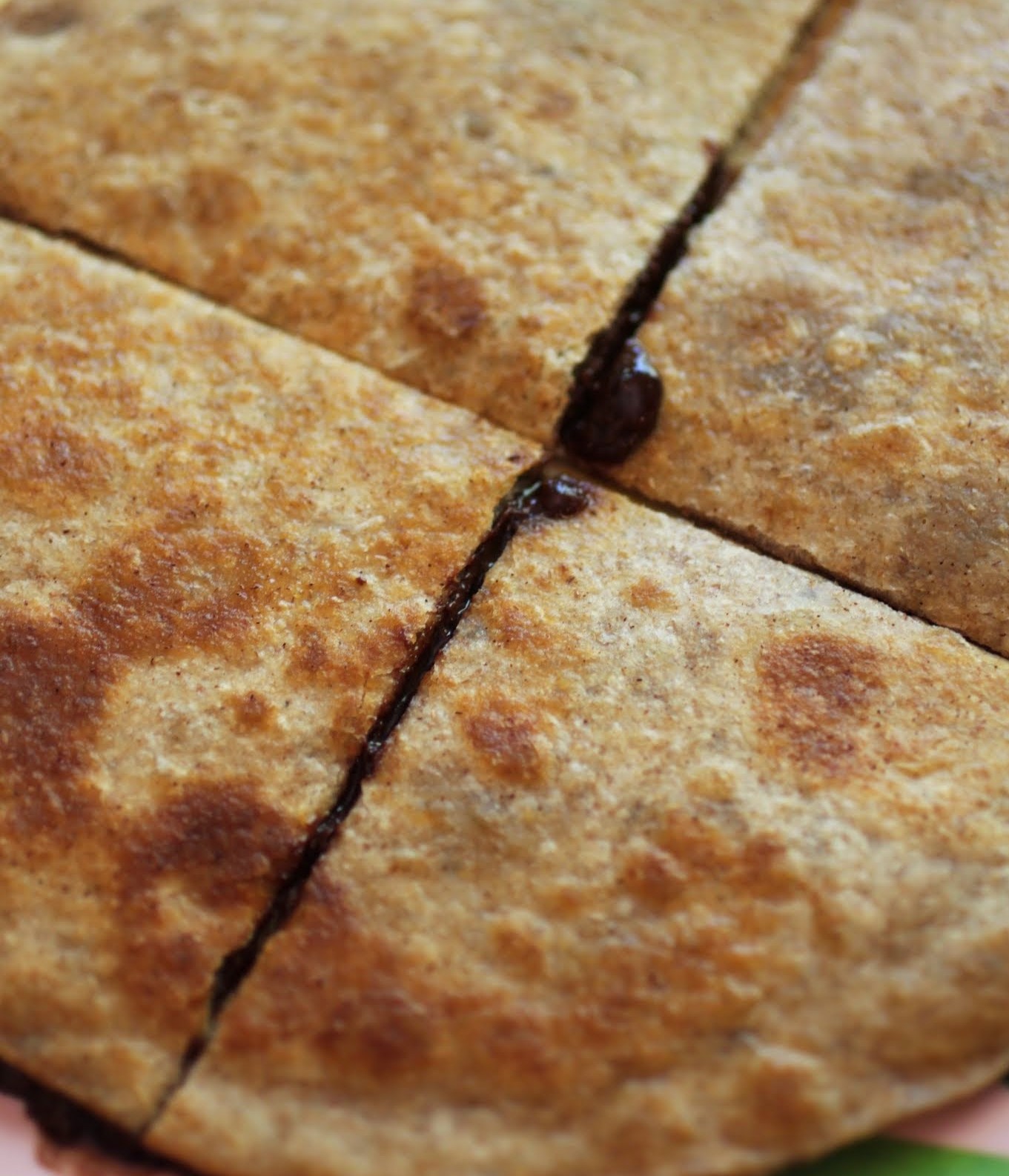 As a high school teacher, I have met my fair share of odd names. I can’t share any with you, of course, but let’s just say that parents should probably think hard before naming a child after an evil dictator, giving them a name that sounds like a cuss word, or giving them a number instead of a name. Yes, that has happened.

This dessert might not have a name that fits any specific category, but it’s delicious and not too unhealthy. I used whole wheat tortillas, for instance. That’s good, right? And the rest is simple. 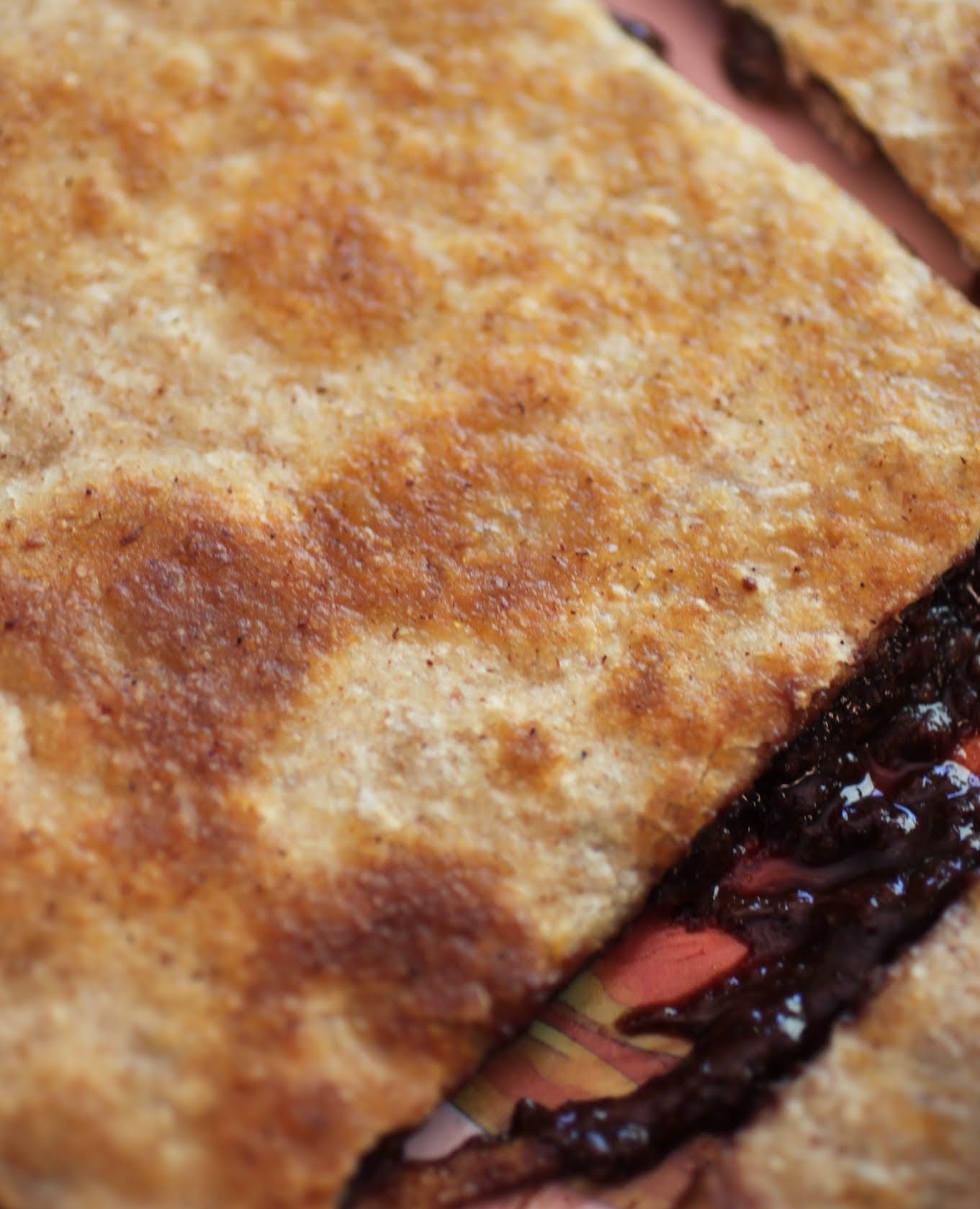 All you do is brush the tortillas with melted butter laced with cinnamon and cook them in a skillet with a cinnamon chocolate filling. The filling is completely addictive and becomes appealingly gooey. Honestly, a scoop of ice cream on top would be perfection. Unfortunately, I ate all my ice cream before the photo shoot. That’s how I do, y’all. 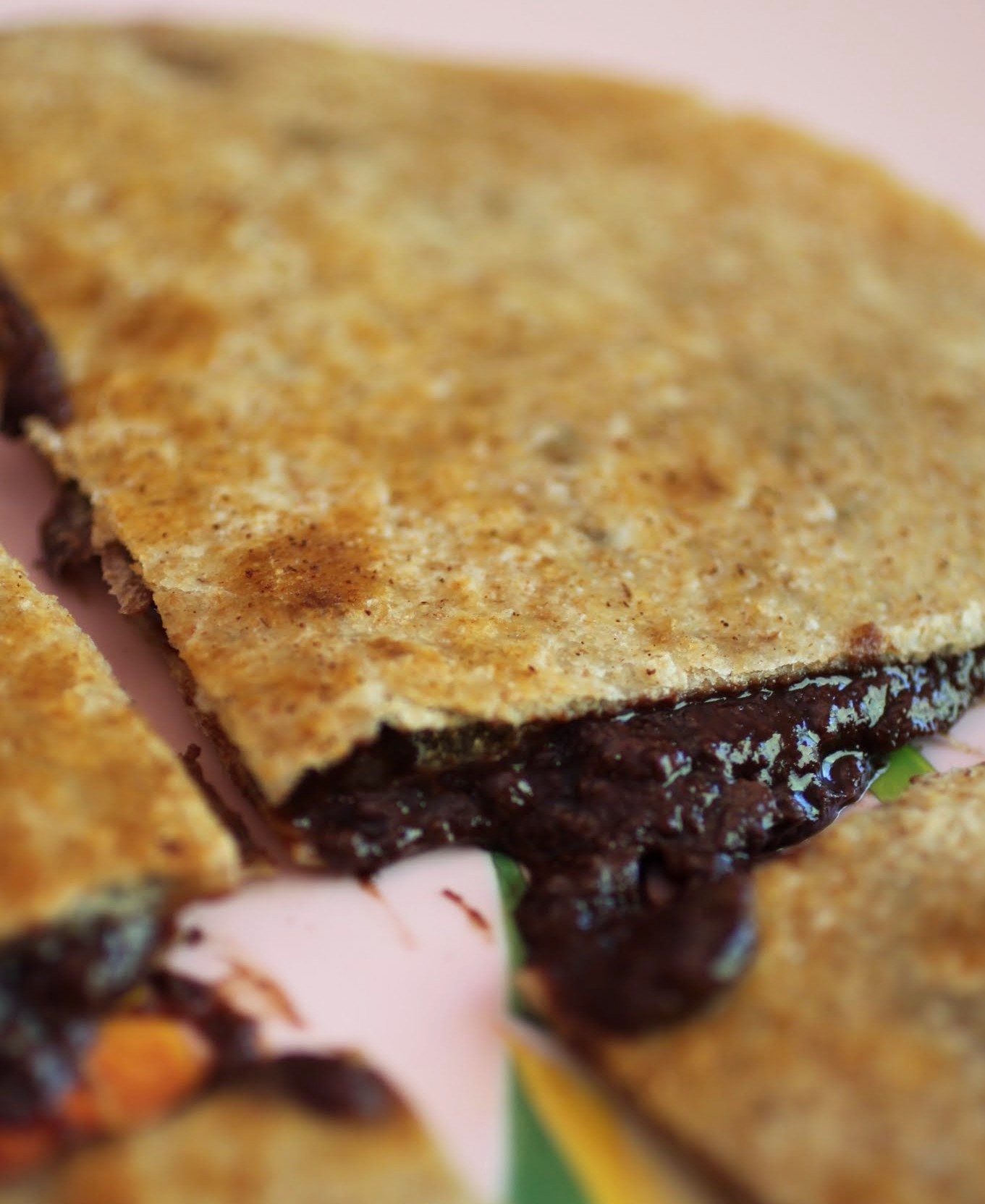 If messing around in the kitchen a lot isn’t your bag, these dessert quesadillas are the answer. They take minutes to put together, and they are ridiculously good. I ate mine for breakfast, but I’m a weirdo with the wrong name. Hey, if I had a different name, I’d still bake sweet desserts. But I still wouldn’t know what to call these! 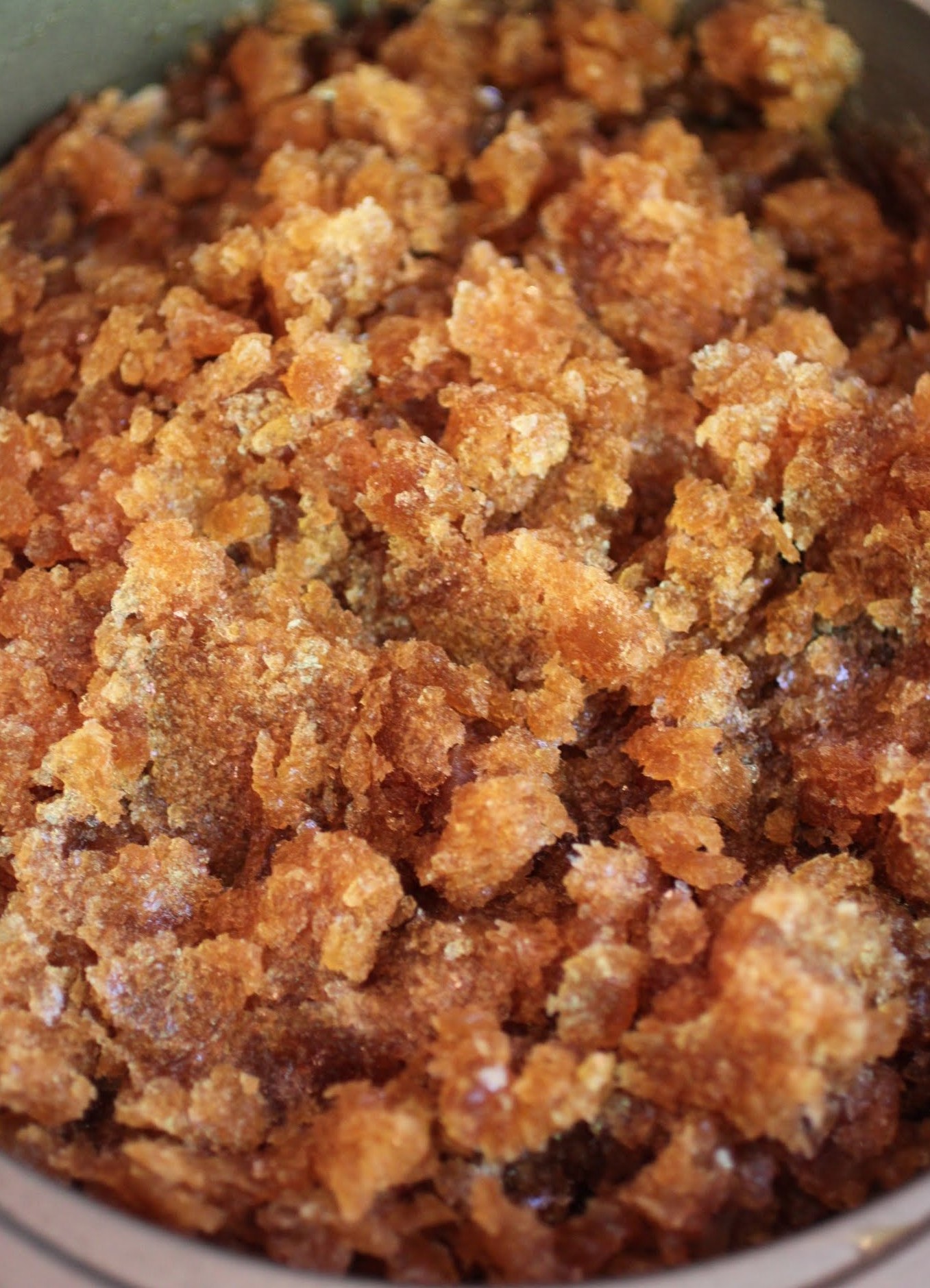 Confession time: I am not a coffee drinker.

Don’t hate. It’s not that coffee doesn’t taste delicious. It’s more of a personal choice. See, as the daughter of a die-hard coffee addict, I just decided to go a different way in life. Plus, I don’t like the tooth stains. They’re not too pretty.

Still, the flavor is great, and I love to bake with coffee. Or make icy summer treats with coffee. This granite is quick and easy. All it takes is two ingredients and you’re on your way to icy coffee happiness! 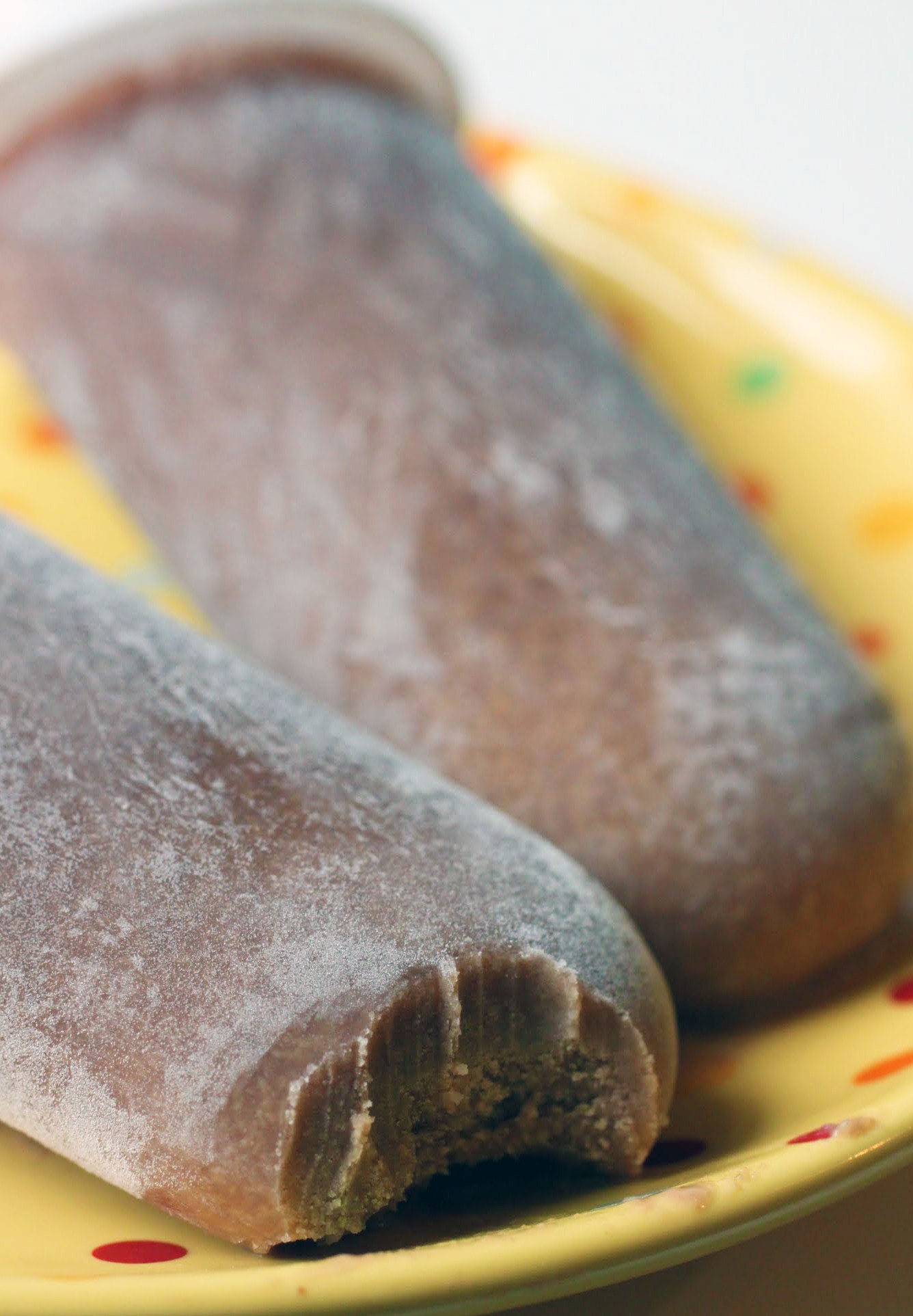 Happy Friday! I’ve posted my own Friday recipe for Nectarine Crumb Pie, so take a look. It’s a doozy!

And now for something completely different. It’s a new day, and it’s time to let my fellow food bloggers shine! I want to give all of you a chance to share your recipes, so every Friday I’ll be opening up the doors here at Just About Baked. Link up and enjoy the ride!

I look forward to seeing your recipes and featuring them in the coming weeks. For today, I’ll share a few of my own personal favorites from my blog. These recipes are perfect for summer and will get any picnic or barbecue off the ground!